The “Sandringham Series” is the result of work which I began around October 1982. I had been given a roll of large-sized paper, and decided to work from ideas and the experiences of Sandringham, the suburb of Melbourne in which I live.The acquisition of the large paper enabled me to make the break-through into the new work. Because it was free I was relieved from the financial worry of working on such a scale and, being paper, I was also able to work directly and quickly once I had cut a length from the roll and stapled it to the studio wall. Many of the works are 152 x 360 cms or thereabouts.

Several other factors were also involved, a major one being the change from oil paint to acrylic. Not only was it a change in media, but in technique as well, for I was now using the media more fluidly, due to the larger scale and the desire to cover large areas rapidly. Also, I based the working programme on speed of execution by setting a time limit averaging only one night for each painting on paper.The works in this exhibition are on canvas, and, although not executed in a single session, they are still concerned with ‘speed’ to avoid fussiness and to maintain freshness.

I work mainly at night from about 8 p.m. until 1 a.m., because I am occupied with teaching by day and have family commitments at other times. I mention this because the works are not perceptual and are done from memory of the visual data….which is another form of freedom. My concepts are more “in parallel” to visual form, and therefore I feel that I am not slave to my motif.

My earlier work from the 1960s was of a figurative nature, but related in some respects to the current work. Prior to my arrival in Melbourne from Perth in 1974,I had been working loosely with the then fashionable direction termed ‘Lyrical Abstraction’ (a large example of which is in the Monash University collection). Subsequent work continued in this direction until about 1979, when I reached a point of crisis in my own thoughts about what I was doing. I then began to work from my immediate surroundings (the back garden), and, subsequently I also commenced a series of works based on Nicholas Poussin’s painting, “The Adoration of the Shepherds”, dated 1637.

This period of work has proved very useful to me as it allowed me the time that I needed to explore the concept of painting ideas around a motif of a pre-determined composition. Because Poussin’s painting deals with atmospheric space and structure in a figurative sense, it encouraged me to pursue these aspects in my own work. Although in one sense it was really a matter of taking up options with which I had dealt in my earlier work, I now had the experience of having worked with more abstract and colouristic concerns during the intervening period of time. On the Sandringham foreshore there is a rotunda (or bandstand) and it occurred to me recently that this dominant structure is not significantly different from the compositional element with which I had been dealing in Poussin’s painting. 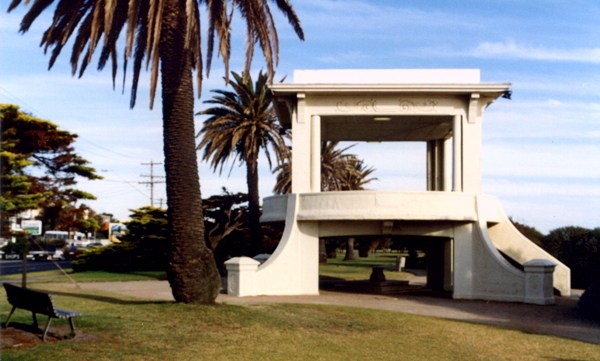 With encouragement from my friend and neighbour Roger Kemp regarding a programme of work based on my own experience, and the suggestion that I should also work more on paper with a ‘limited’ rather than ‘expanded’ palette, I began the current series of works.

In these recent figurative works, I am trying to reconcile aspects of gesture with some sort of formal structure in the visual environment. 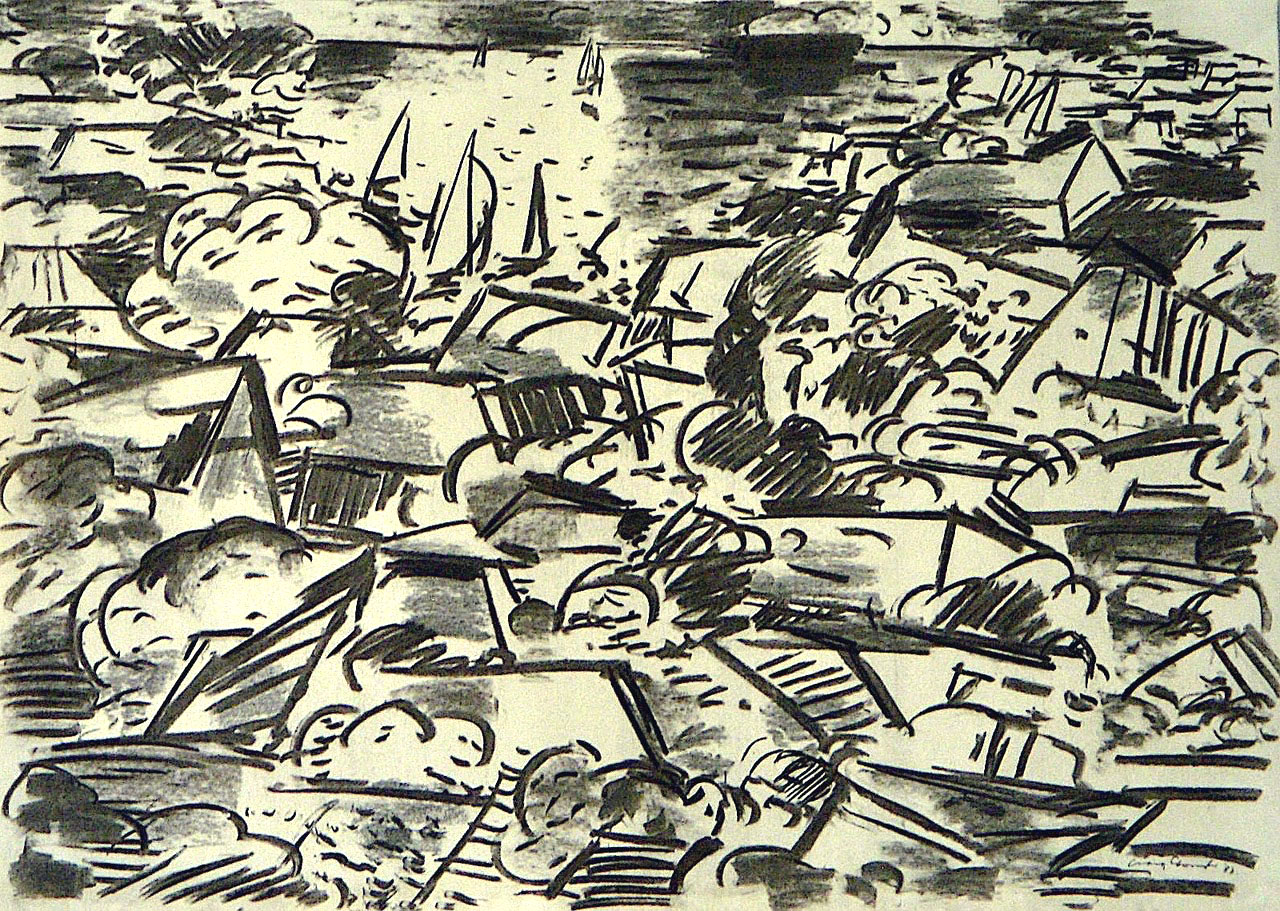 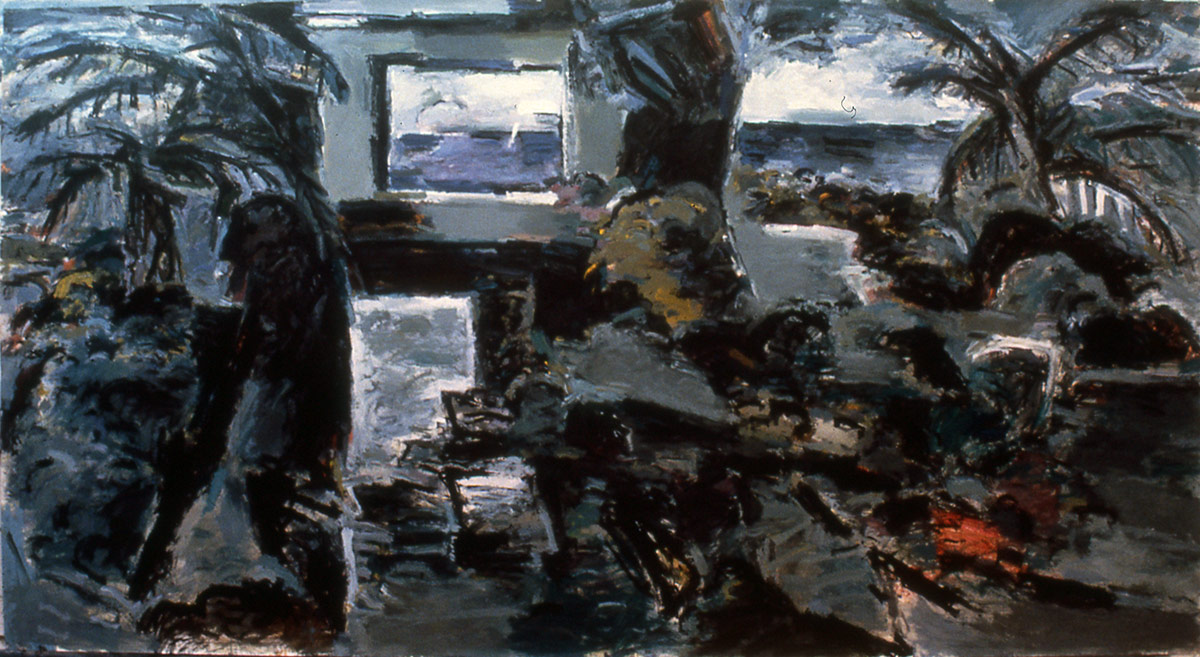 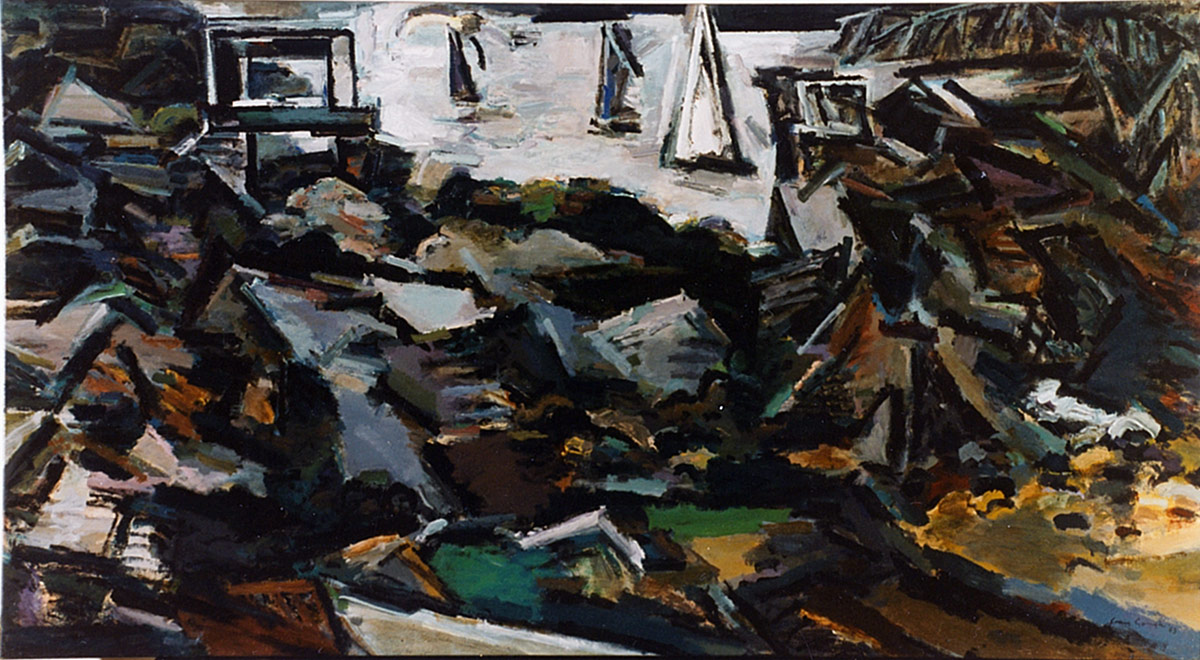 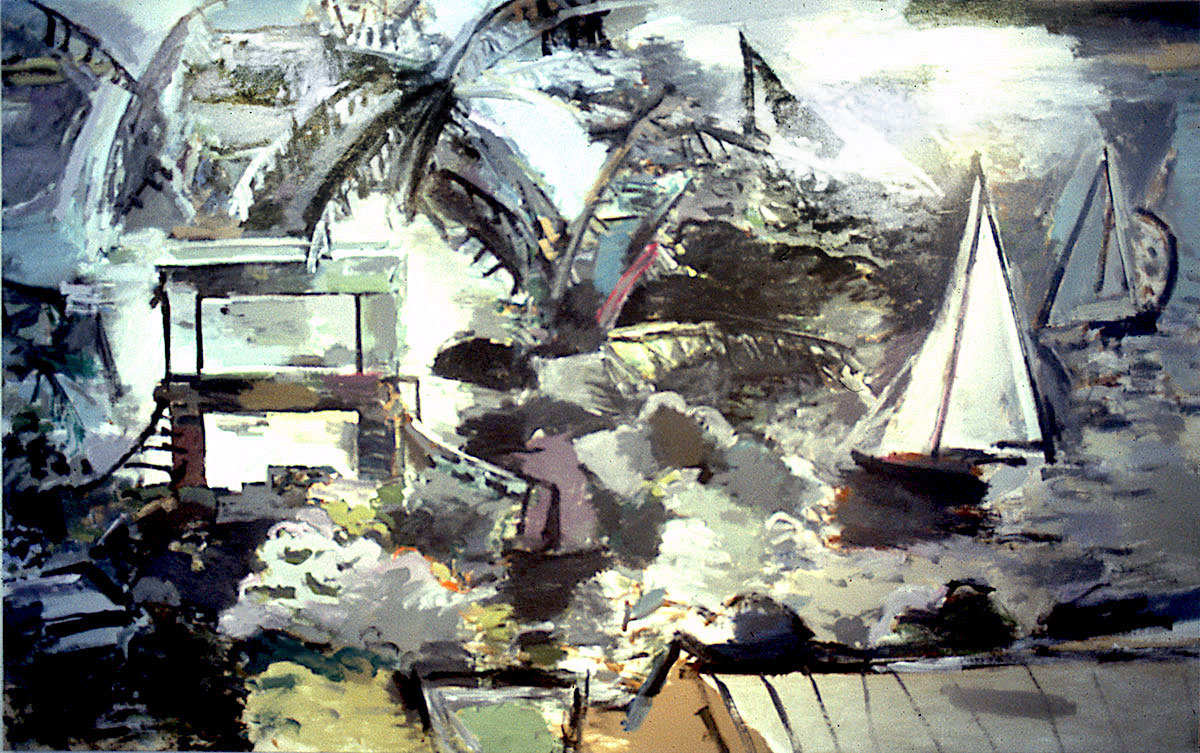 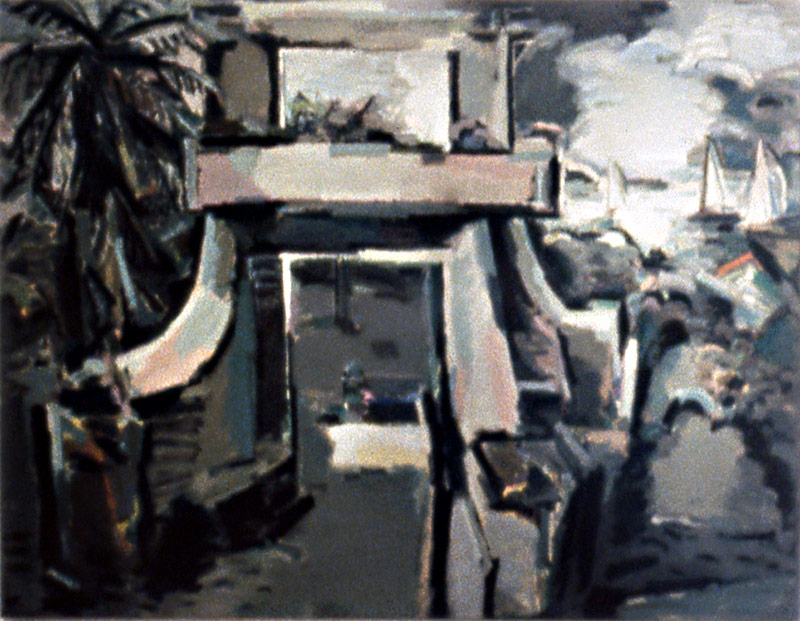 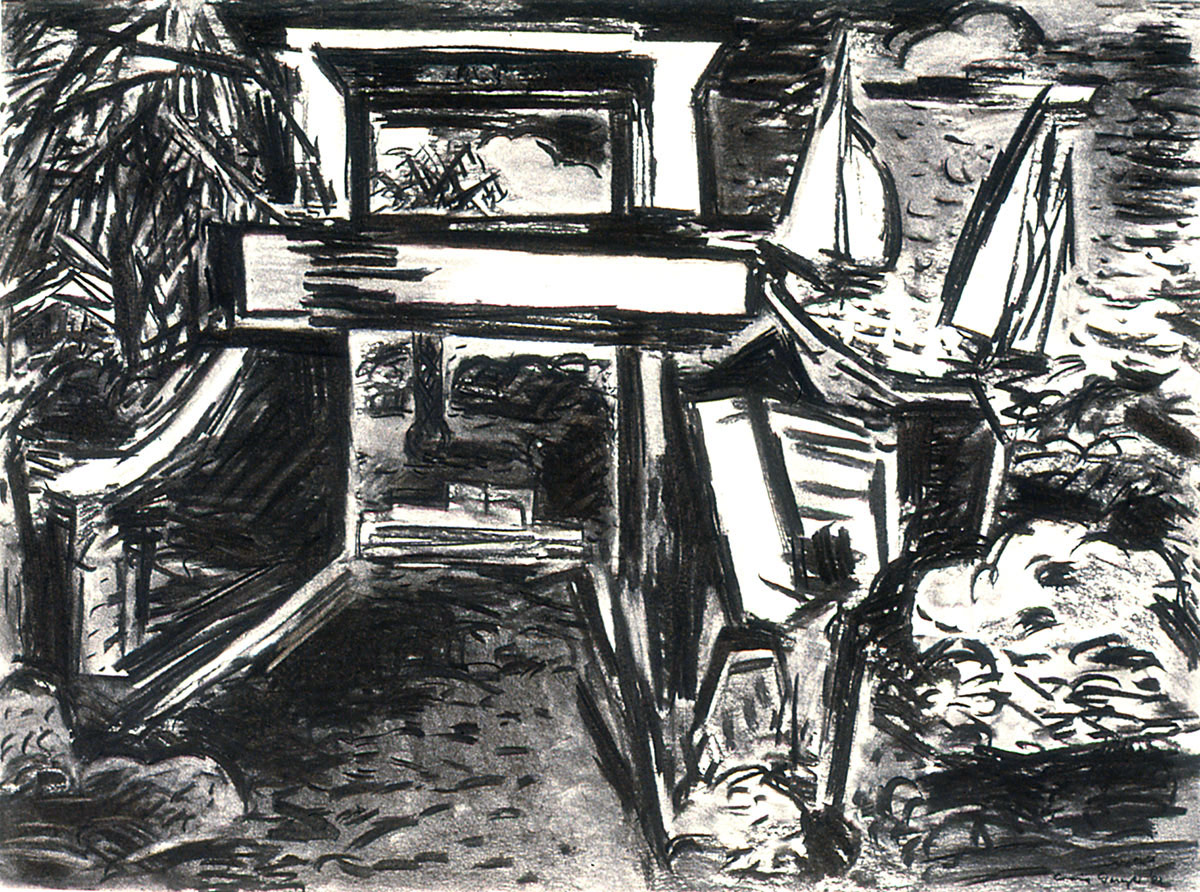 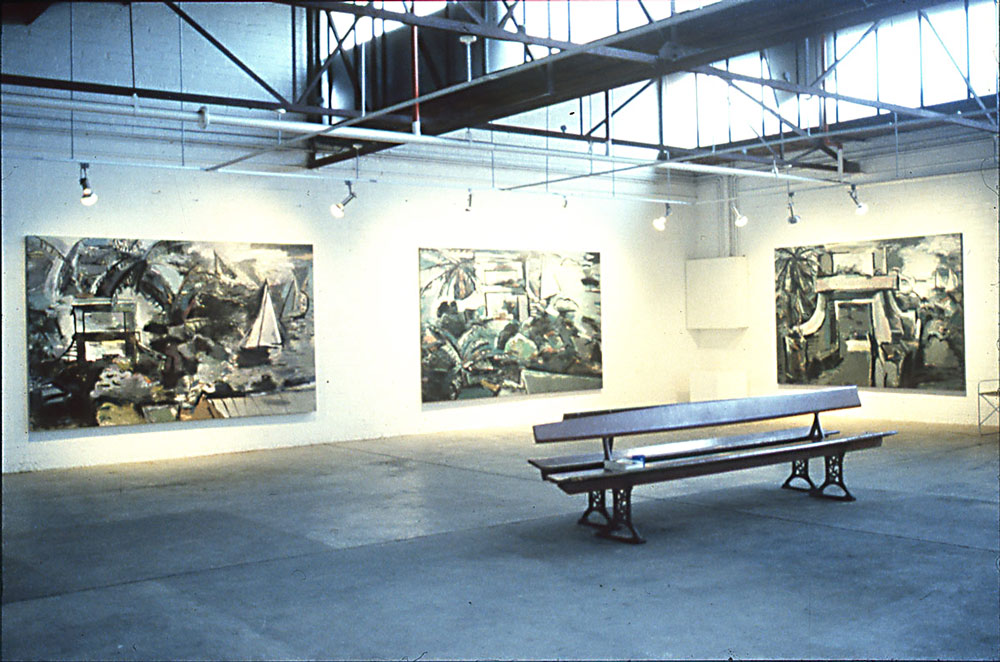 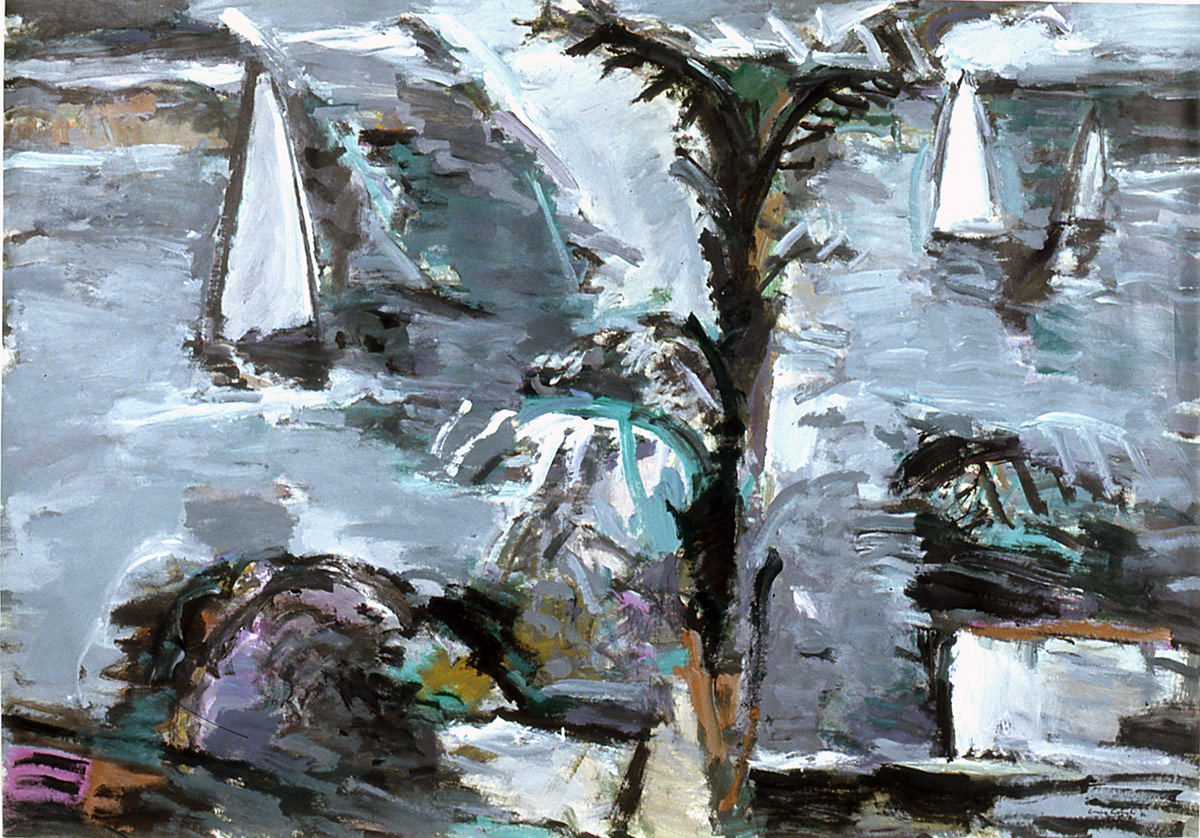 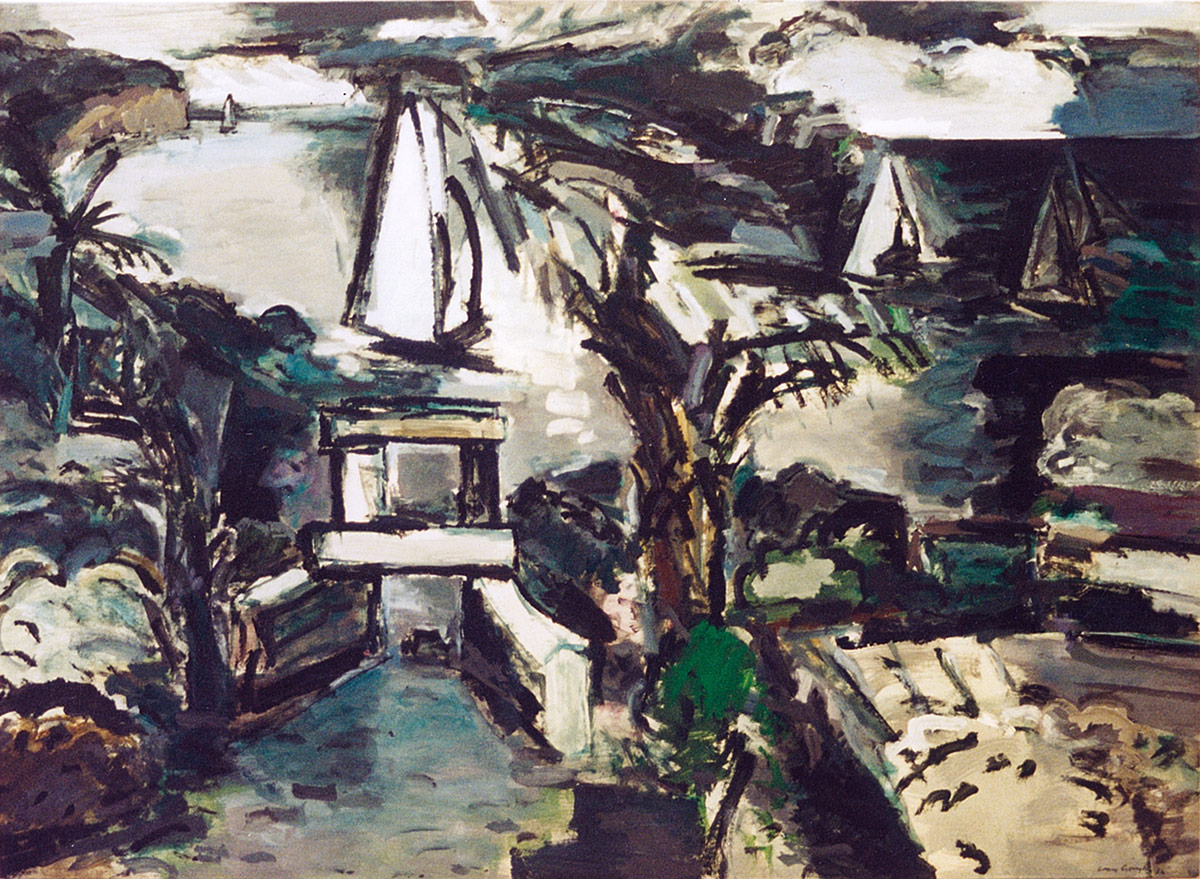 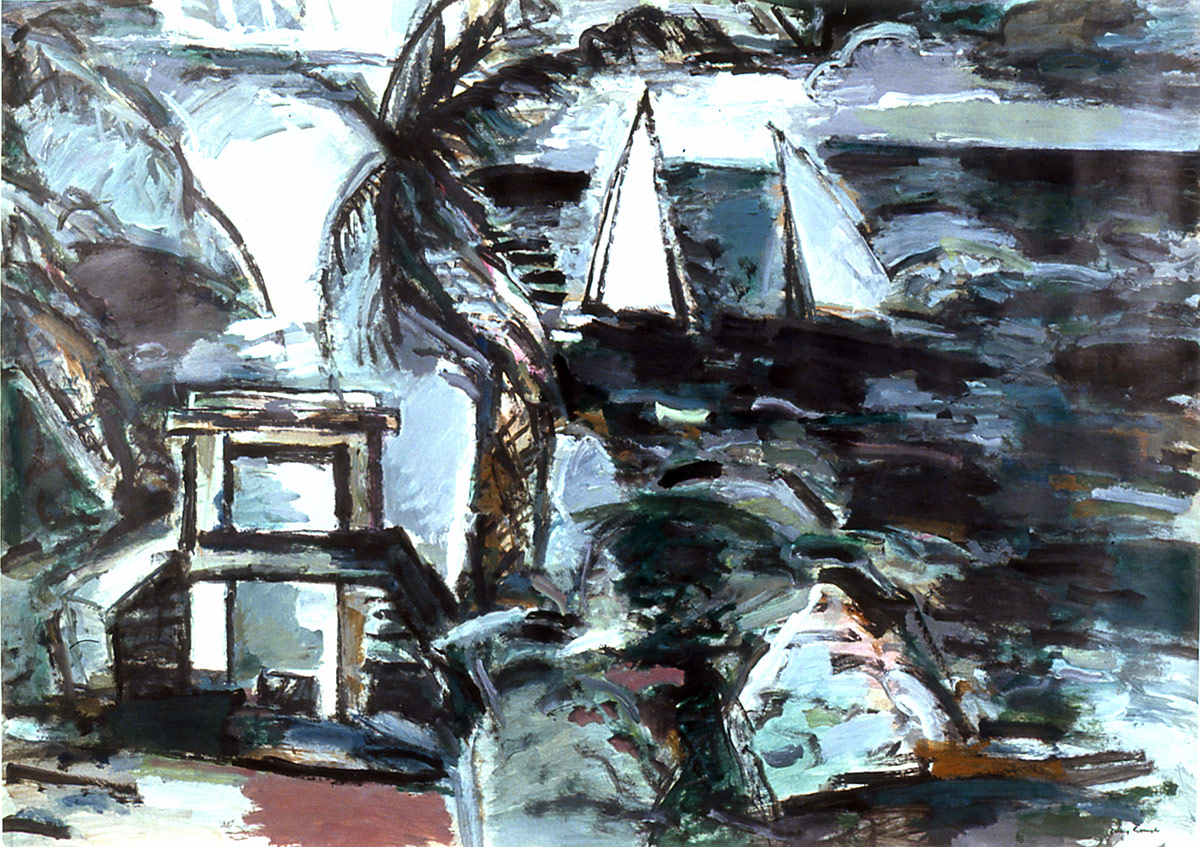 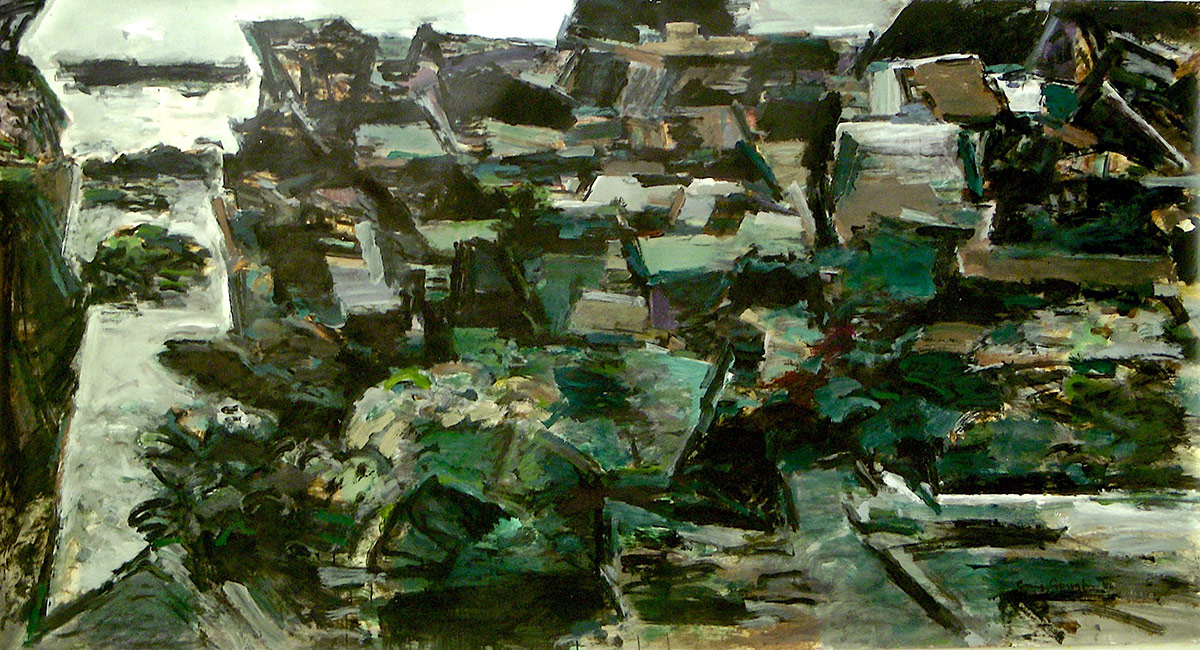 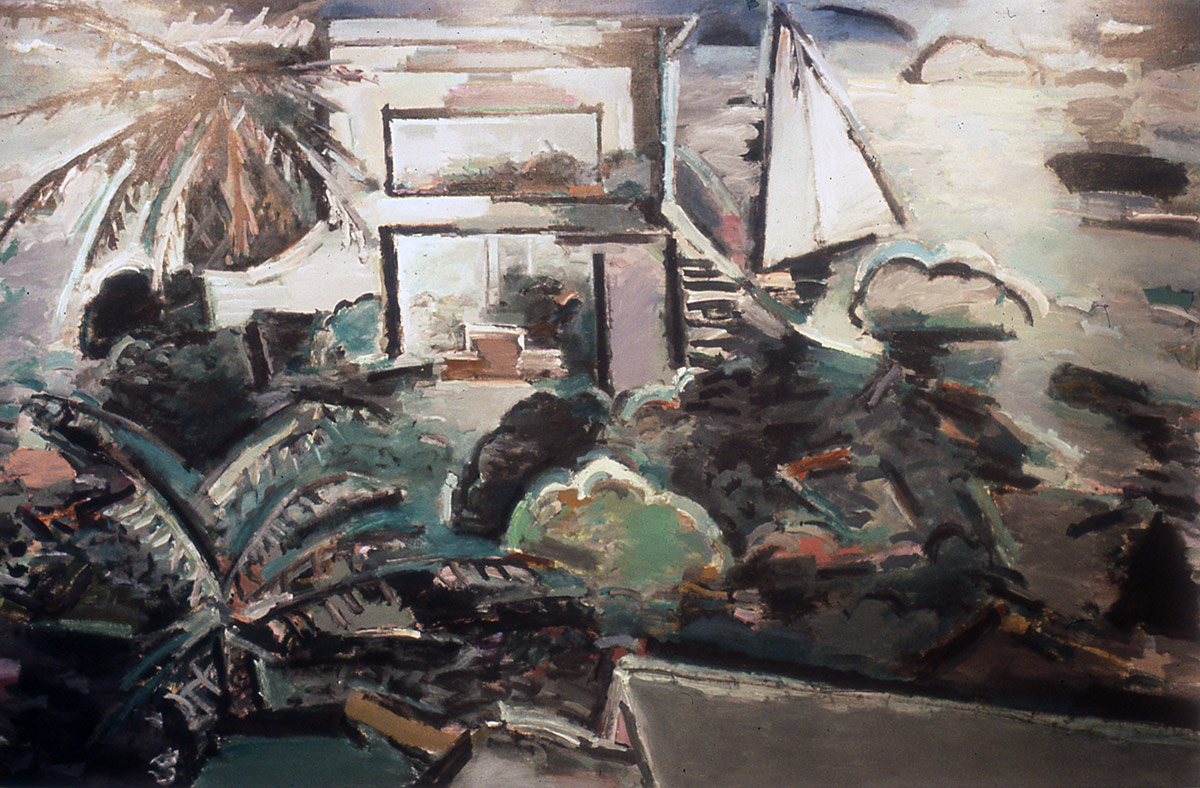 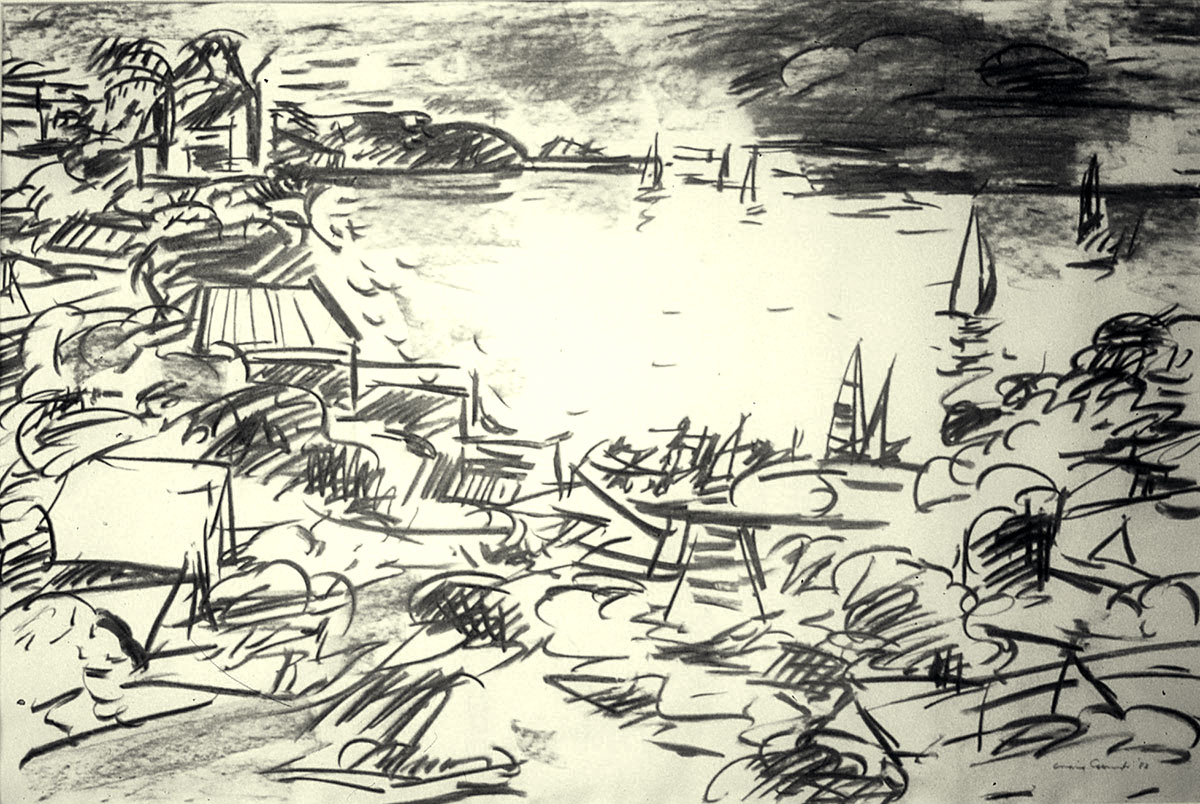 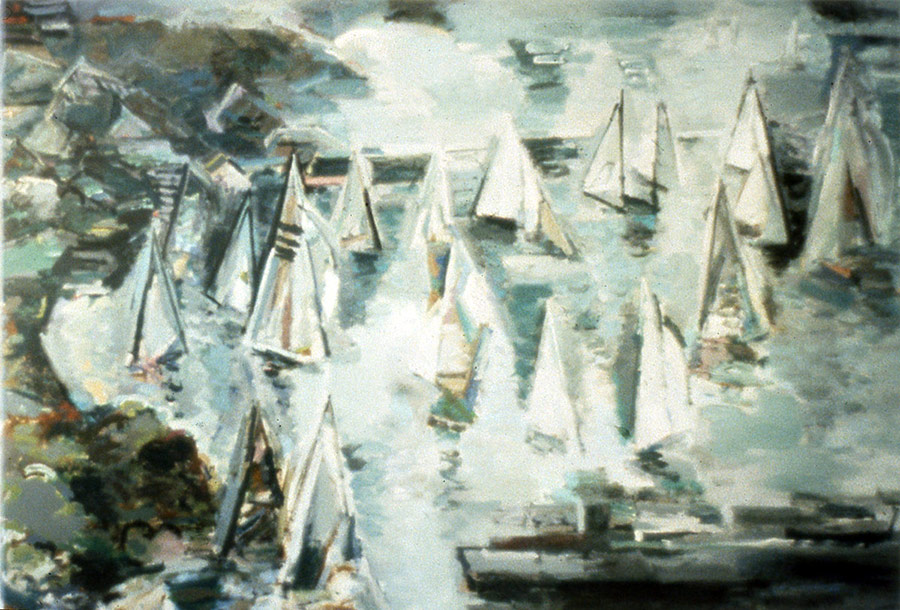 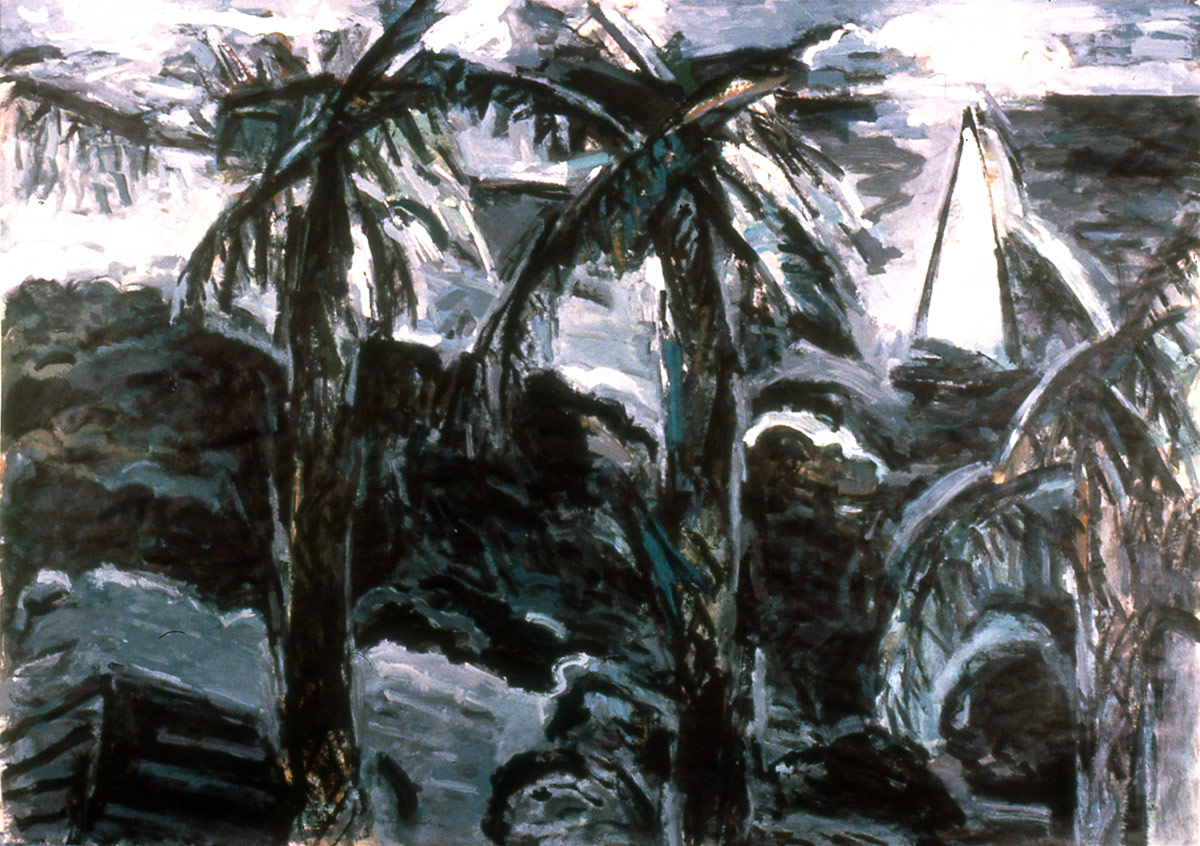 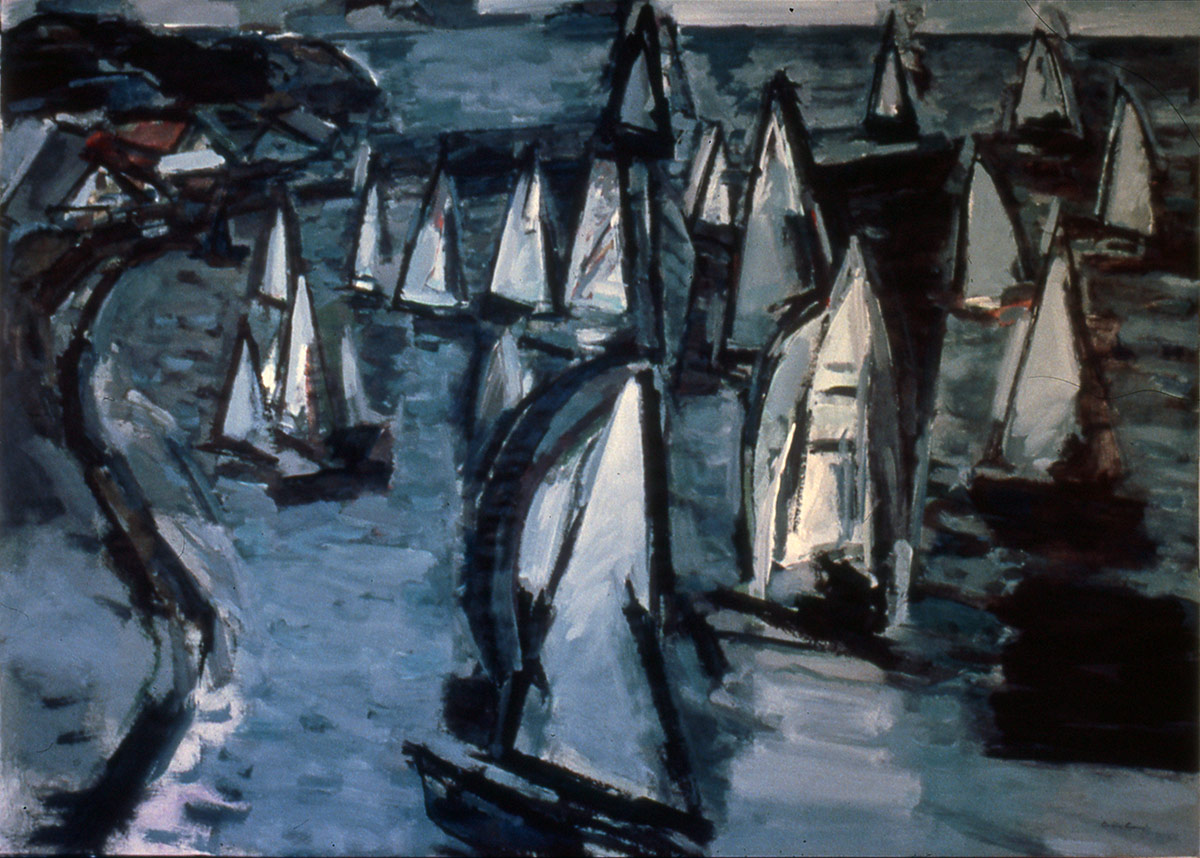 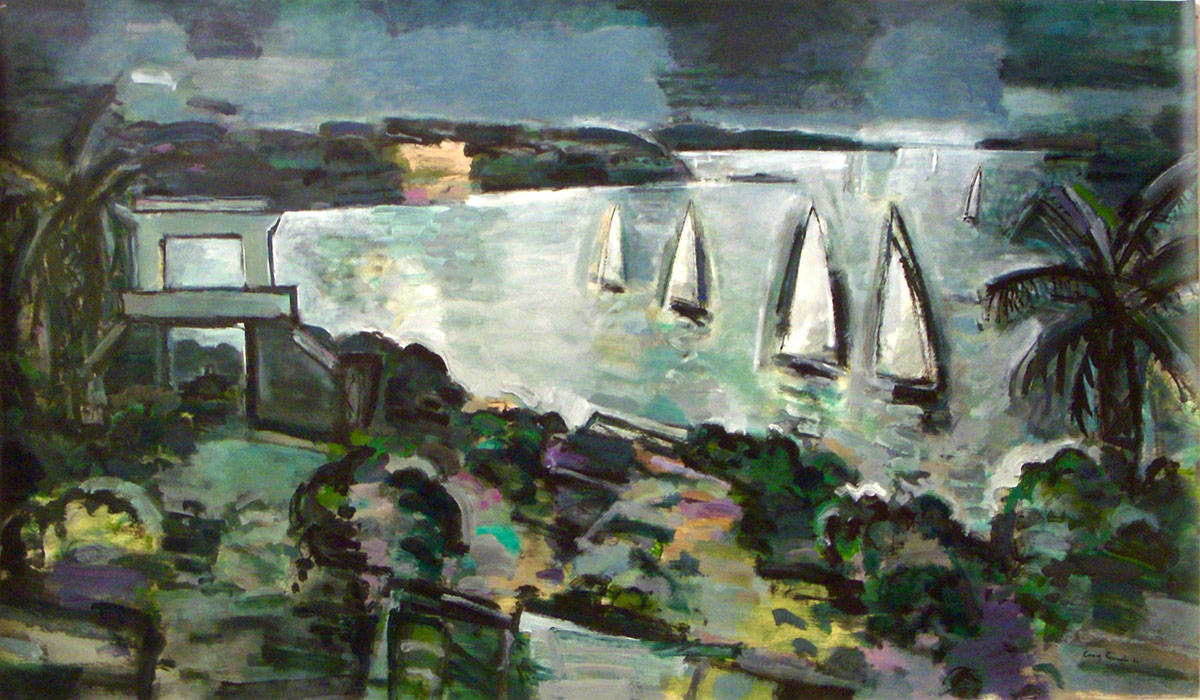 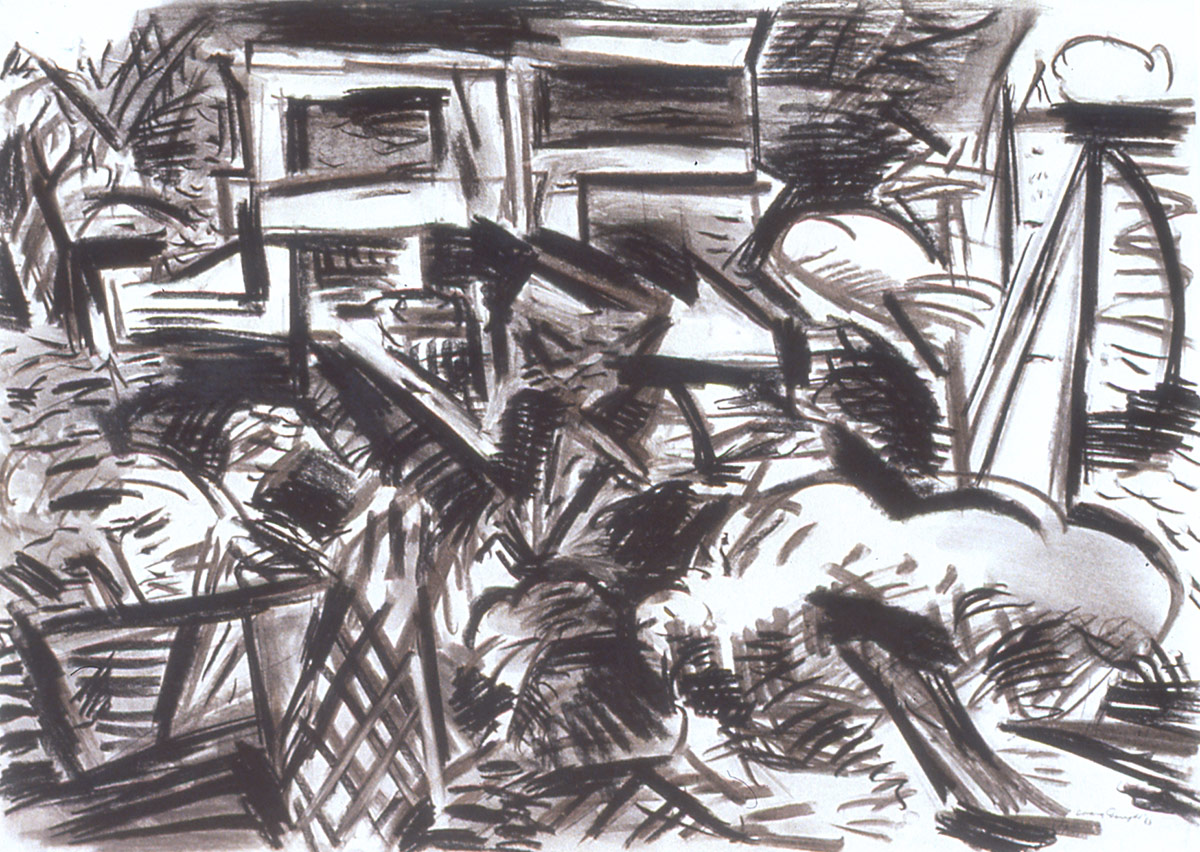