Throughout much of the 1970s I had been developing painting ideas in an abstract mode, where I used colour in an emotional and expressive manner. These works used mainly large more fluid colour expanses that were punctuated with various colour notes and chords around the idea of the landscape and the sea; but only as a very loose reference.
Exuberance and excitement of each aspect was like improvisation in jazz music. In an exhibition at the Warehouse Gallery (now closed) in Melbourne in 1977 my whole show had jazz titles: Be Bop, Riff, Jam session, Homage to Birdie, Ellington, and Basie, to name some. The opening of the exhibition featured a jazz trio and I ‘sat in’ and played my saxophone.
A major aspect of many of these paintings during this period was a compositional idea of ‘the empty centre’, where various painterly marks hugged the edges of the paintings, holding other colours and forms ‘in check’ to create some form of tension across the paintings’ surfaces. 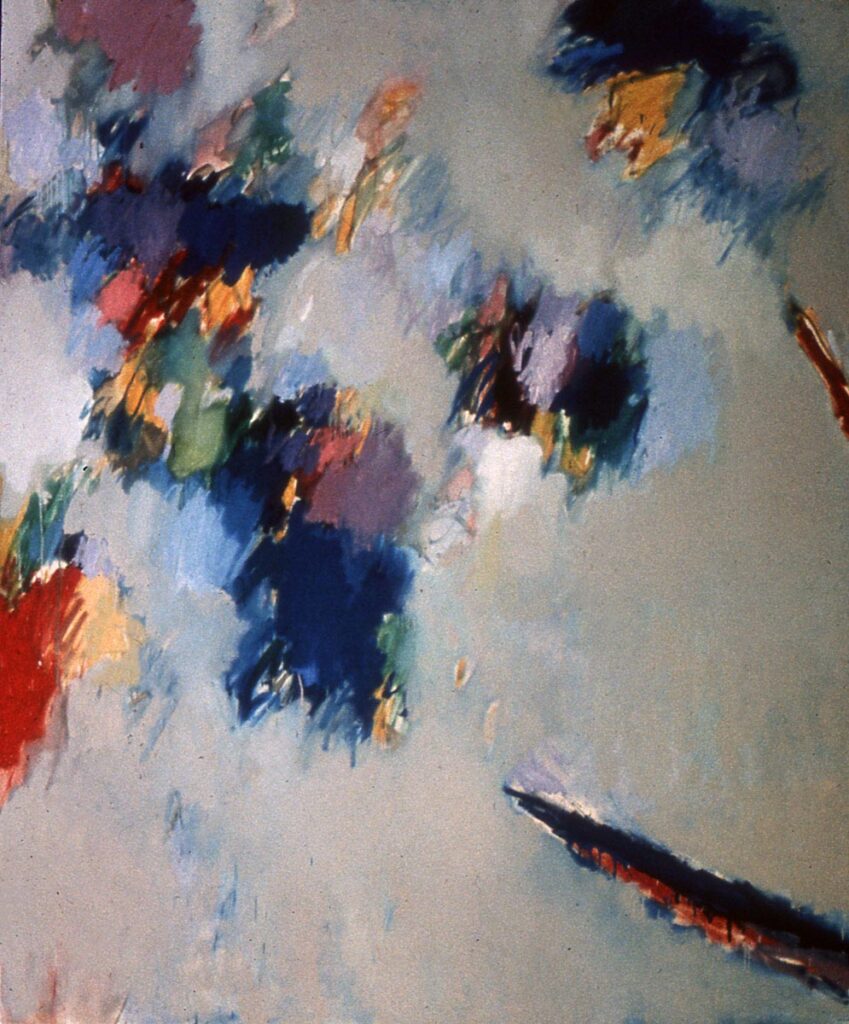 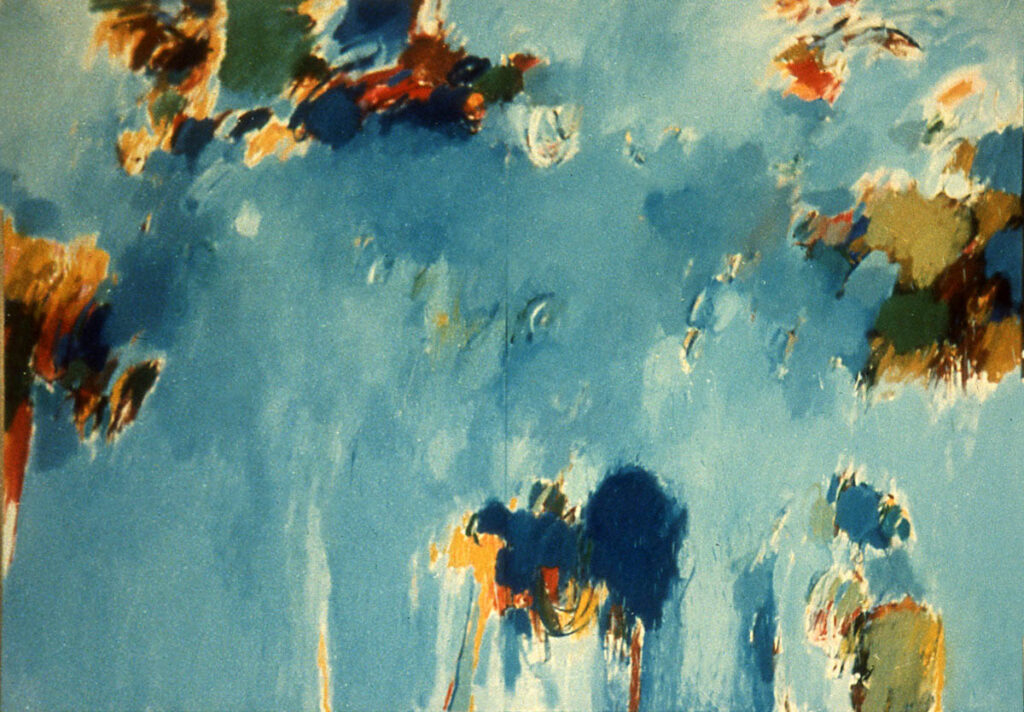 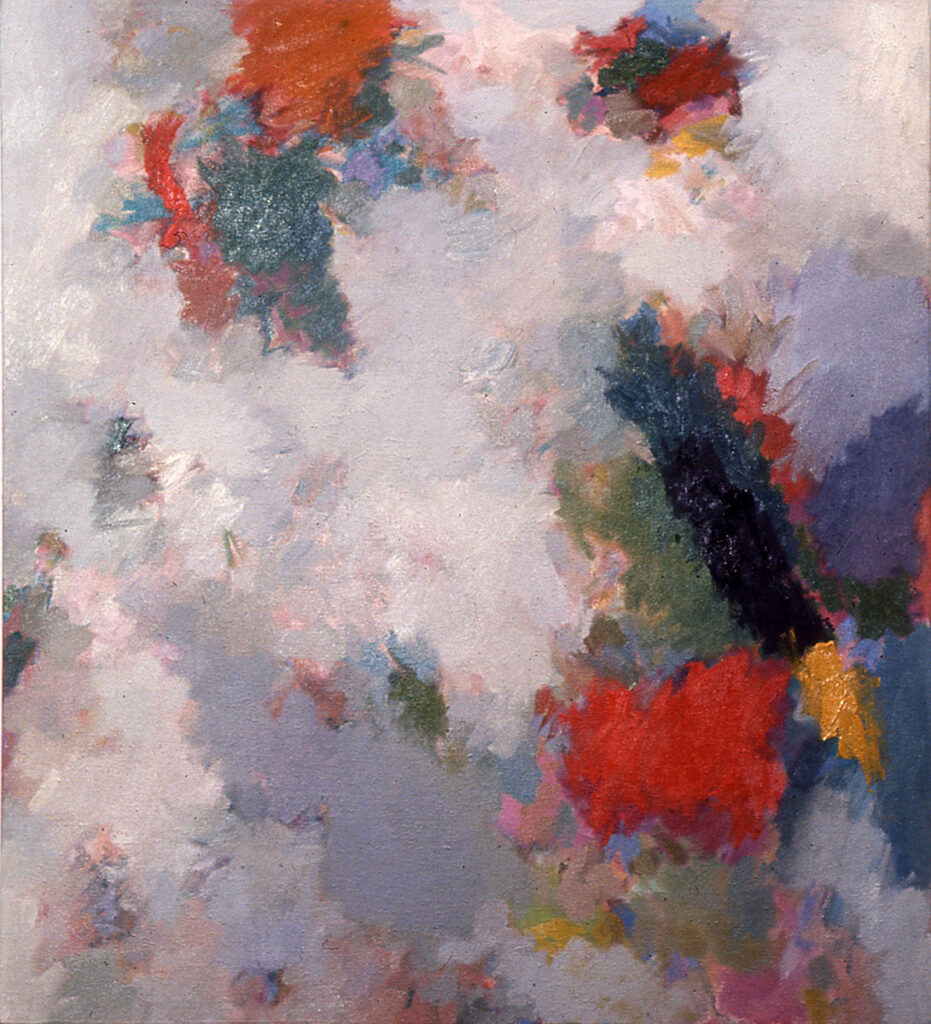 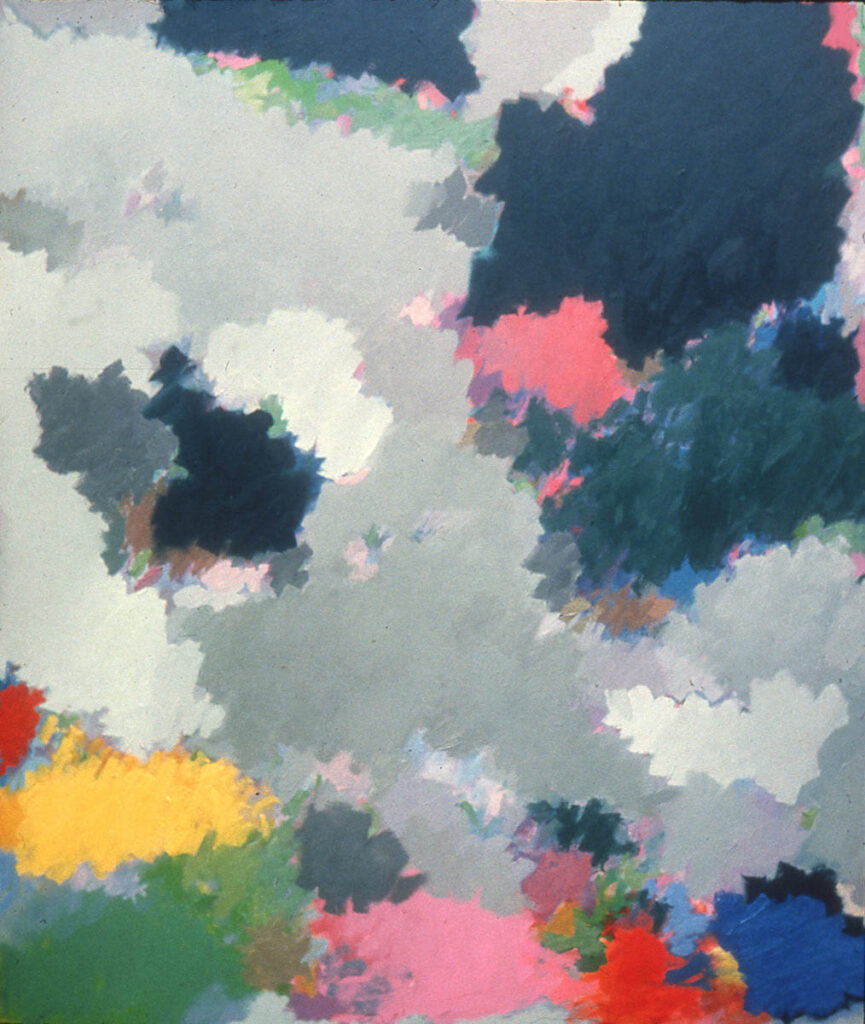 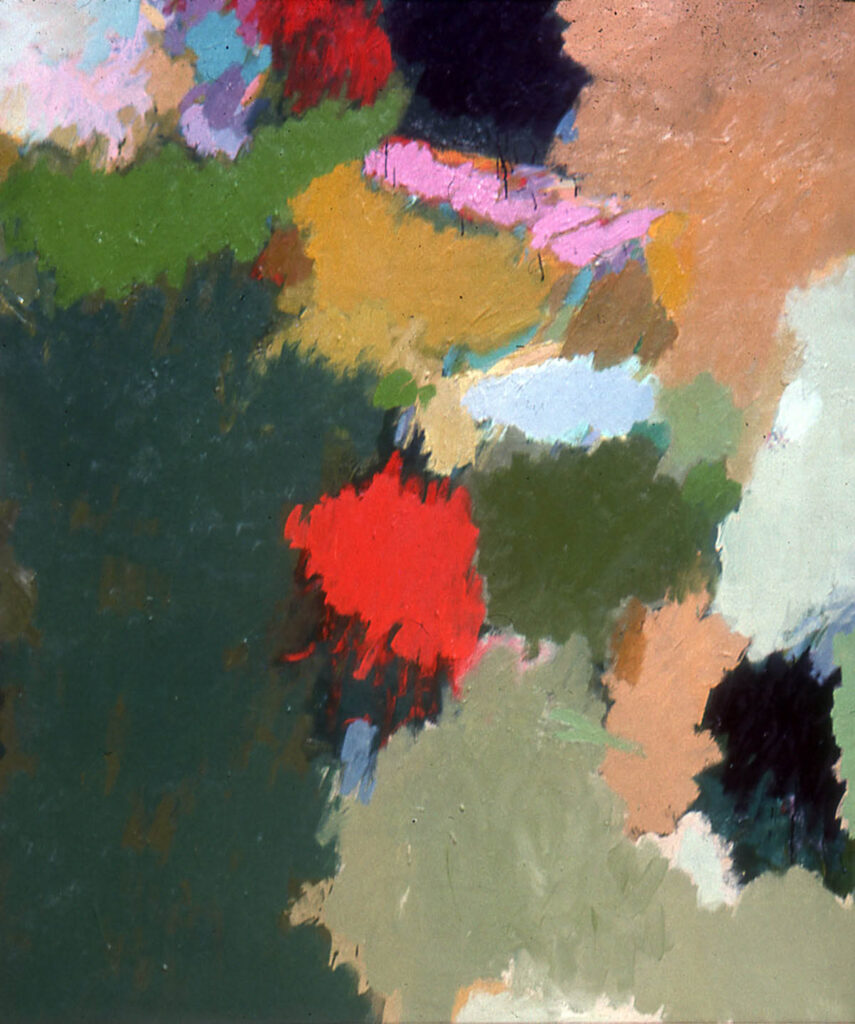 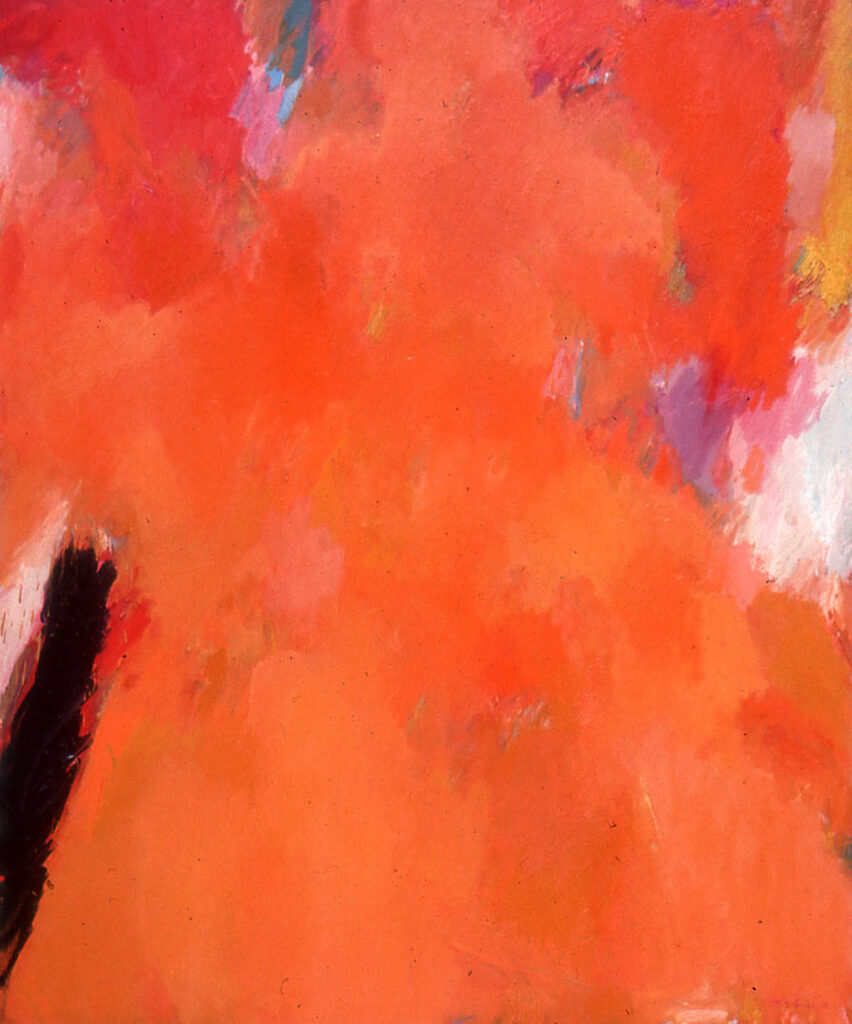 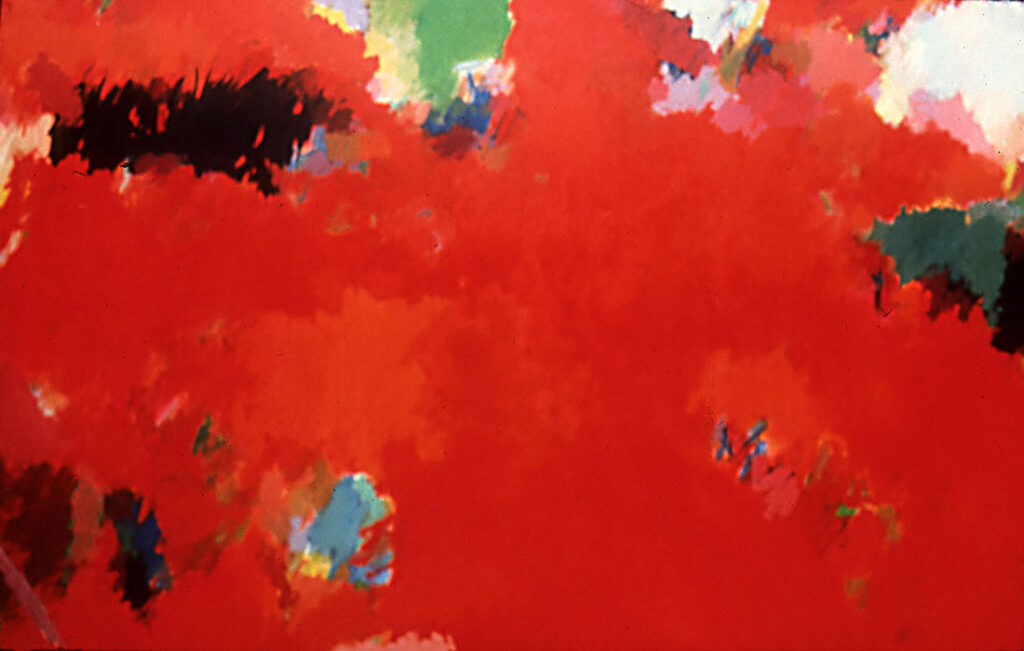 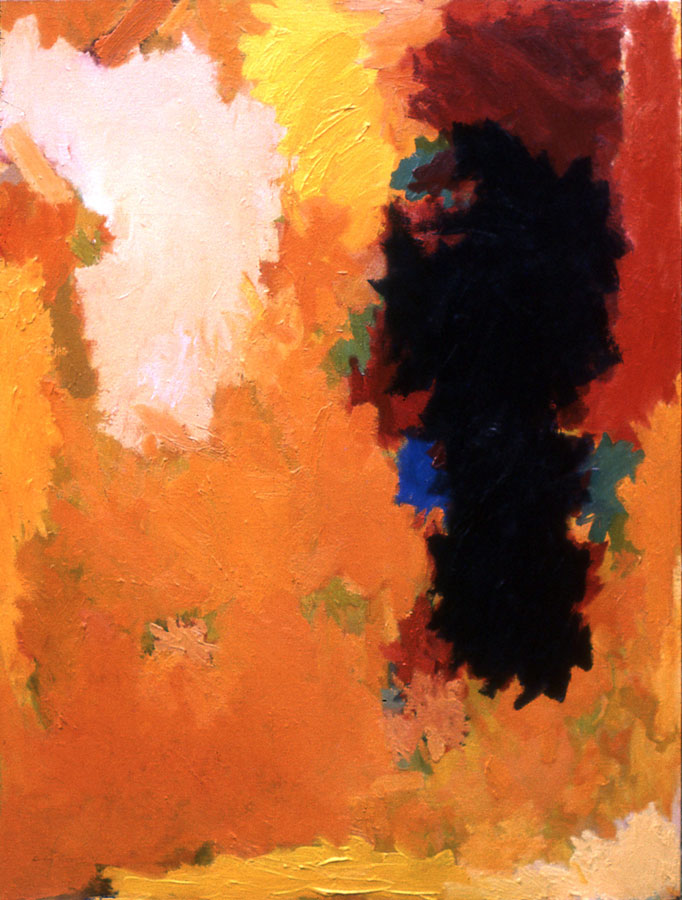 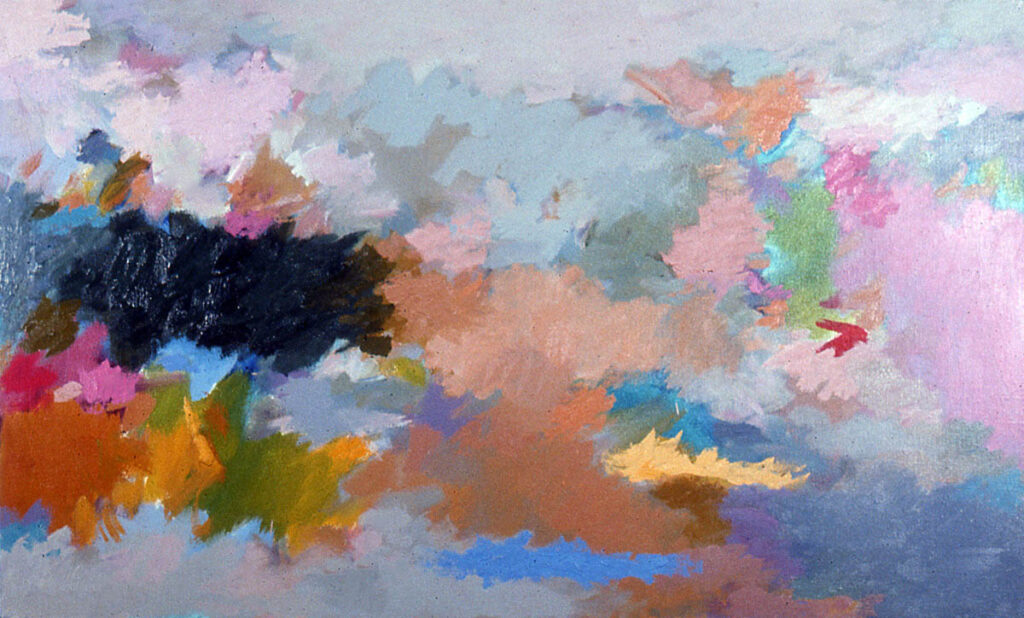 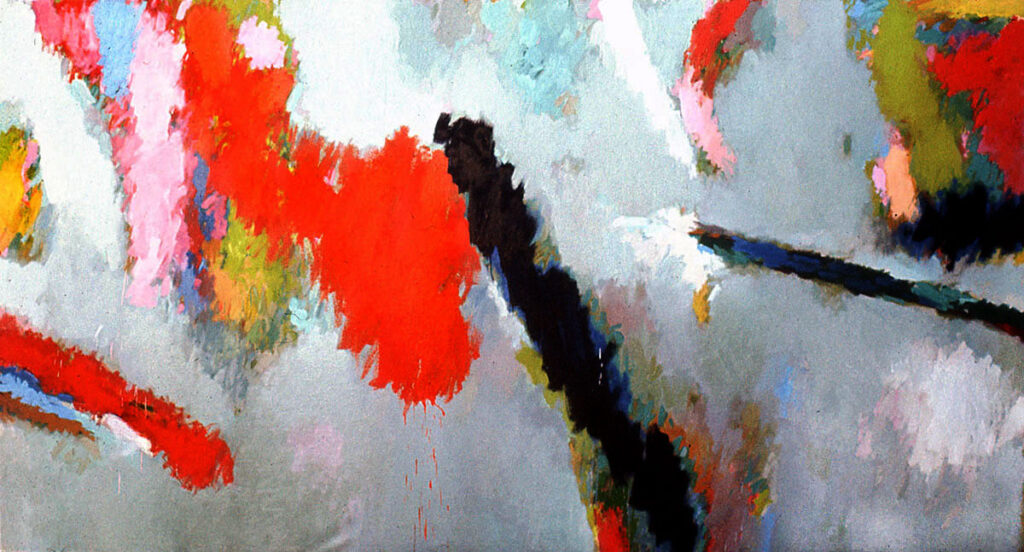 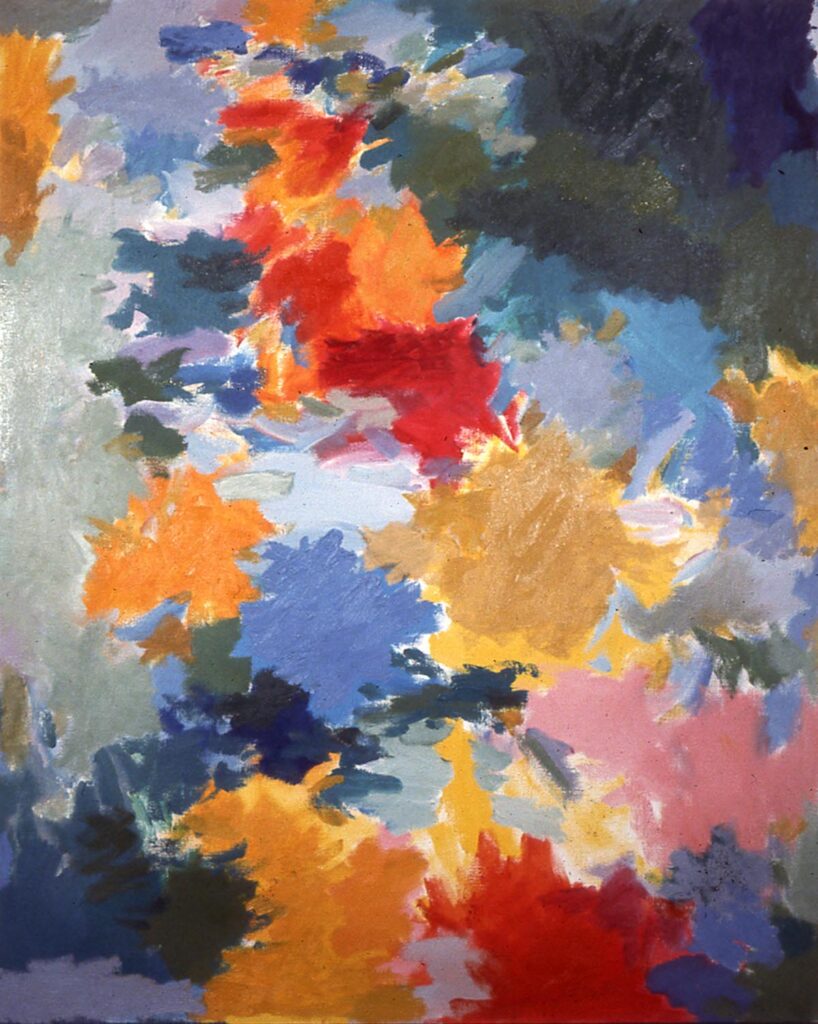 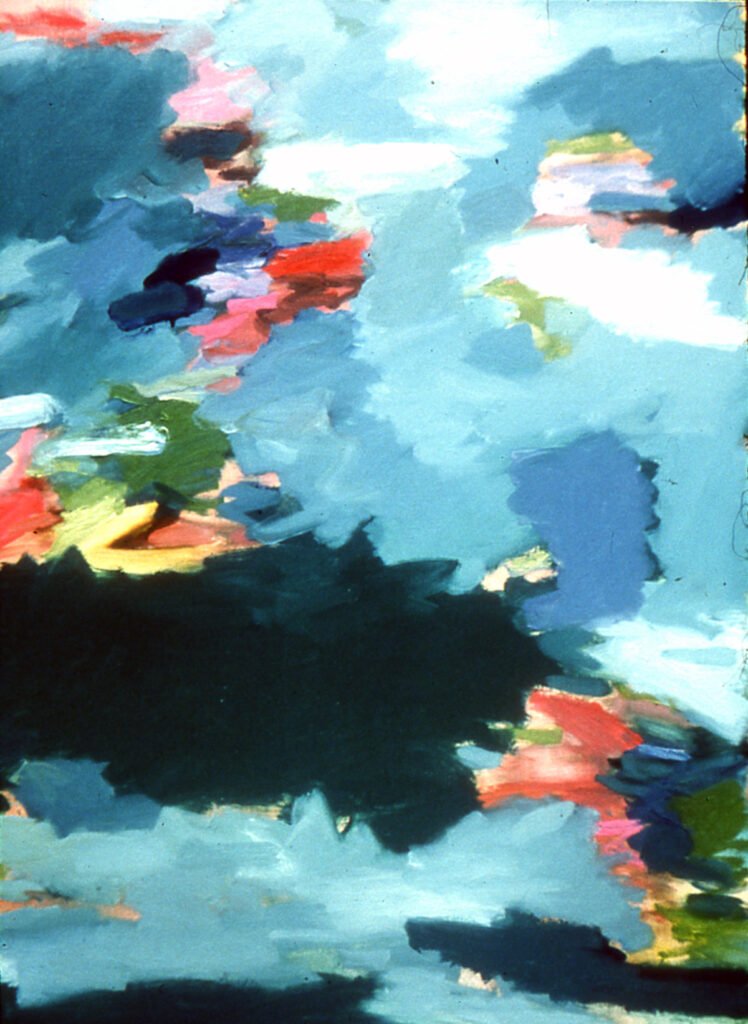 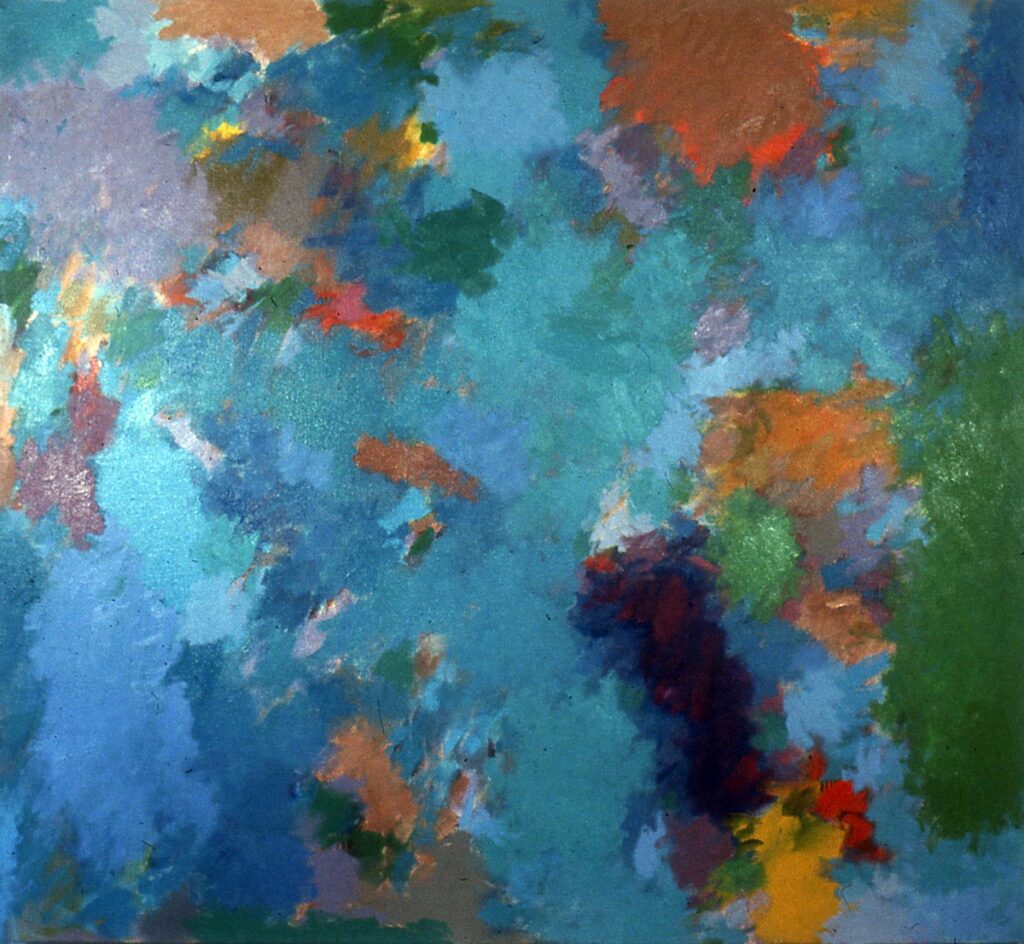 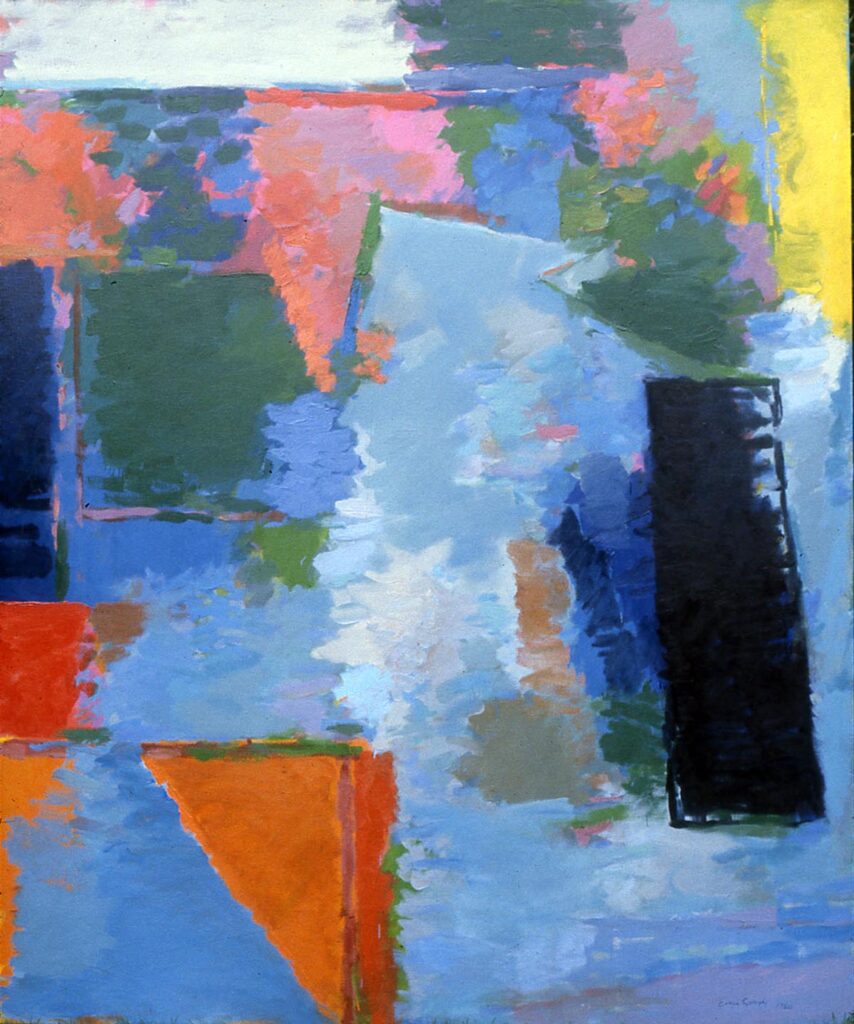 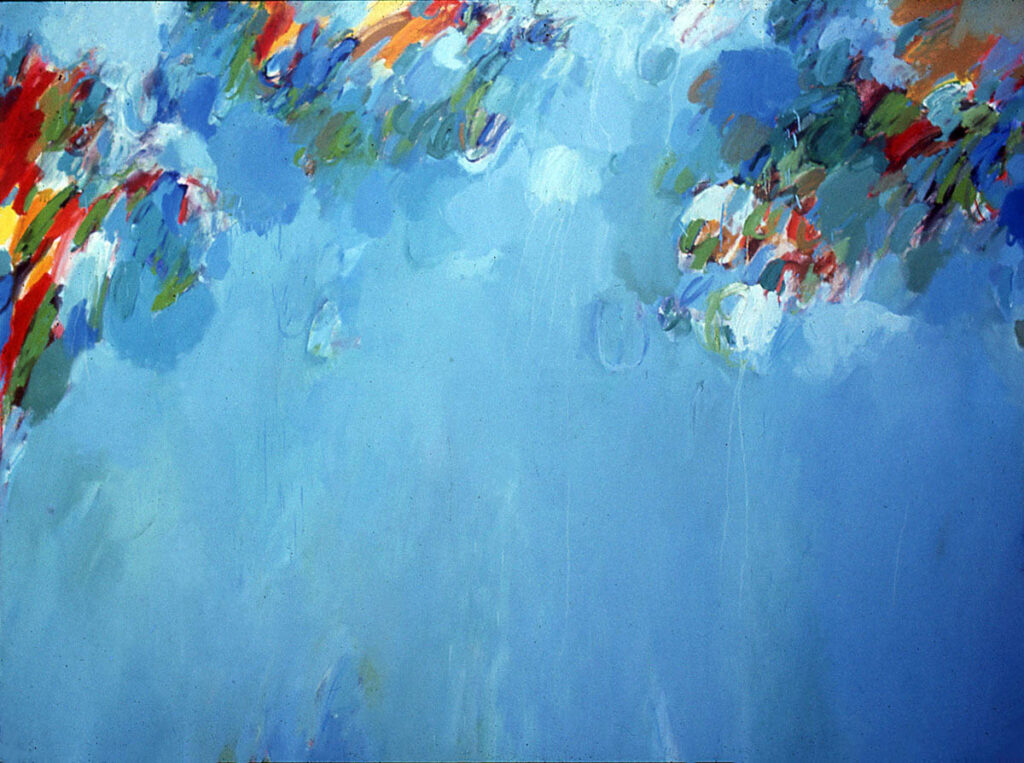 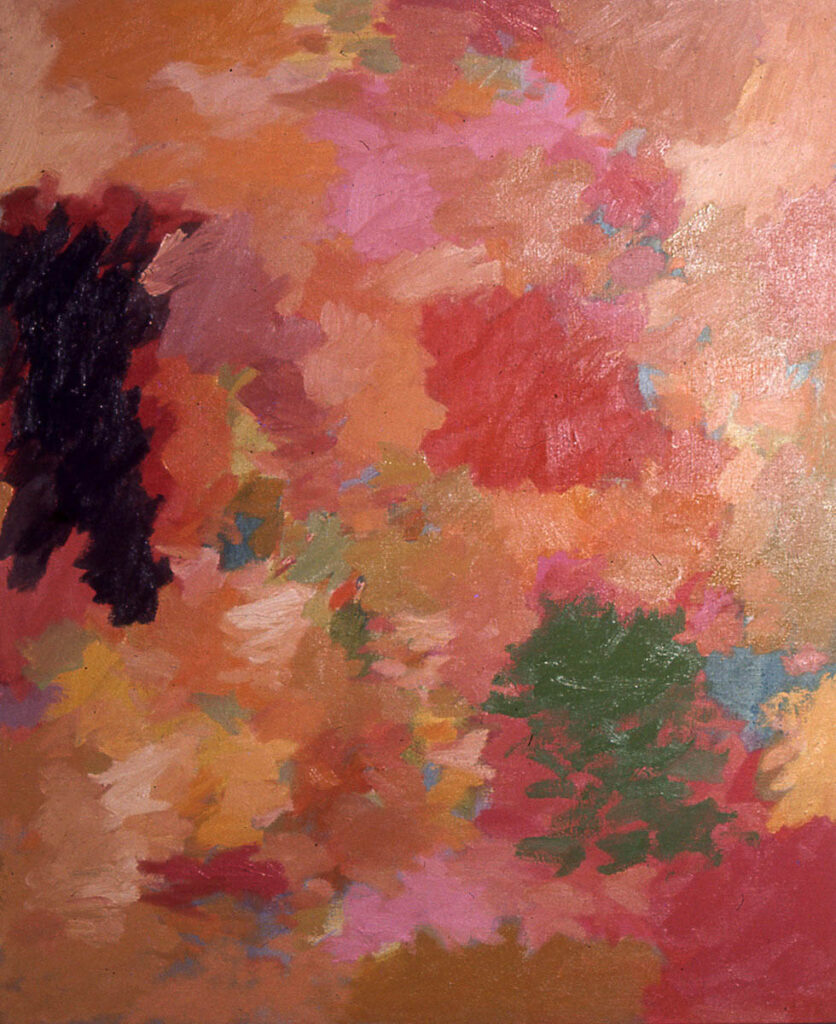 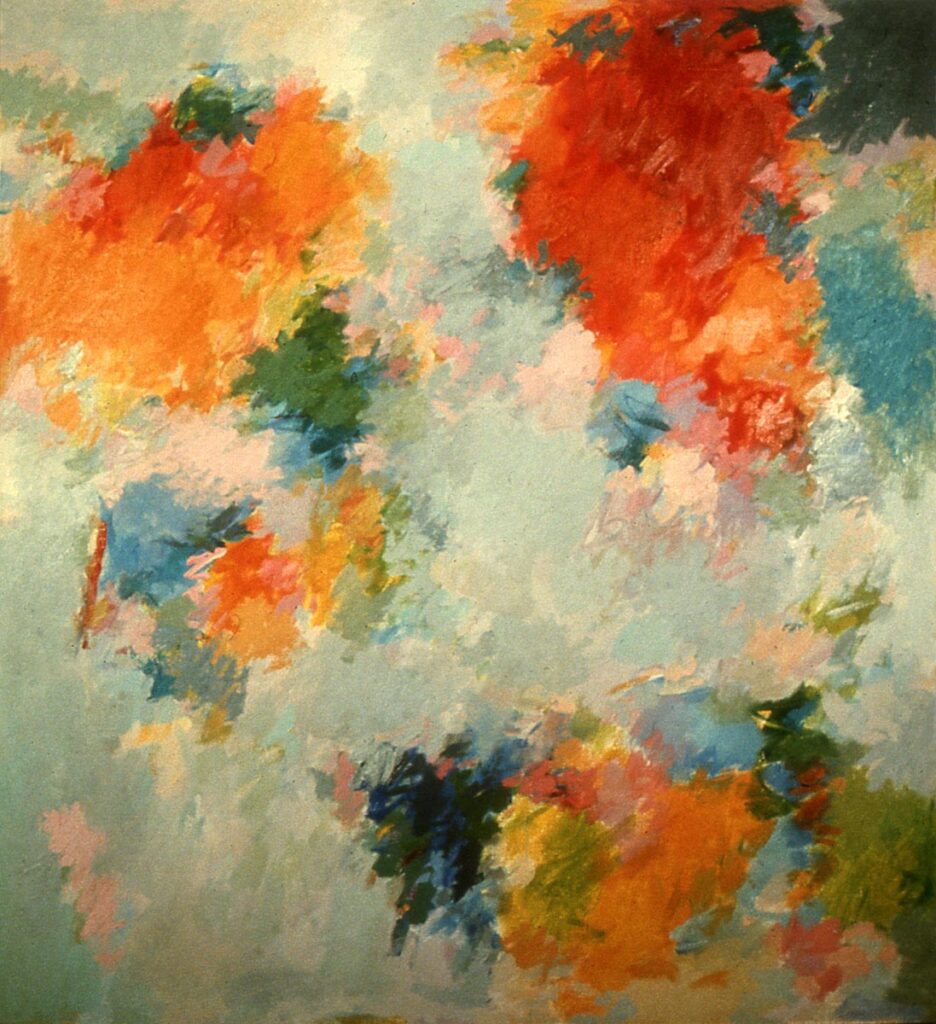 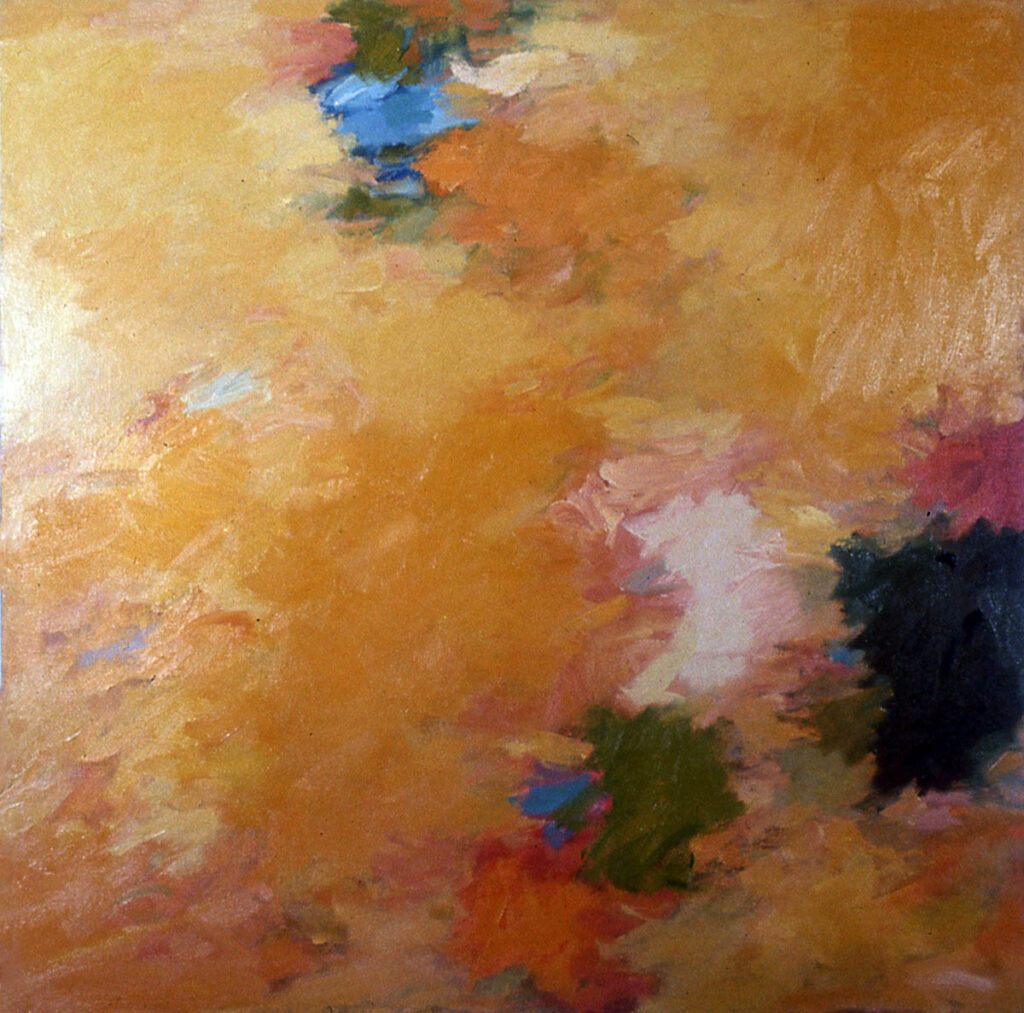 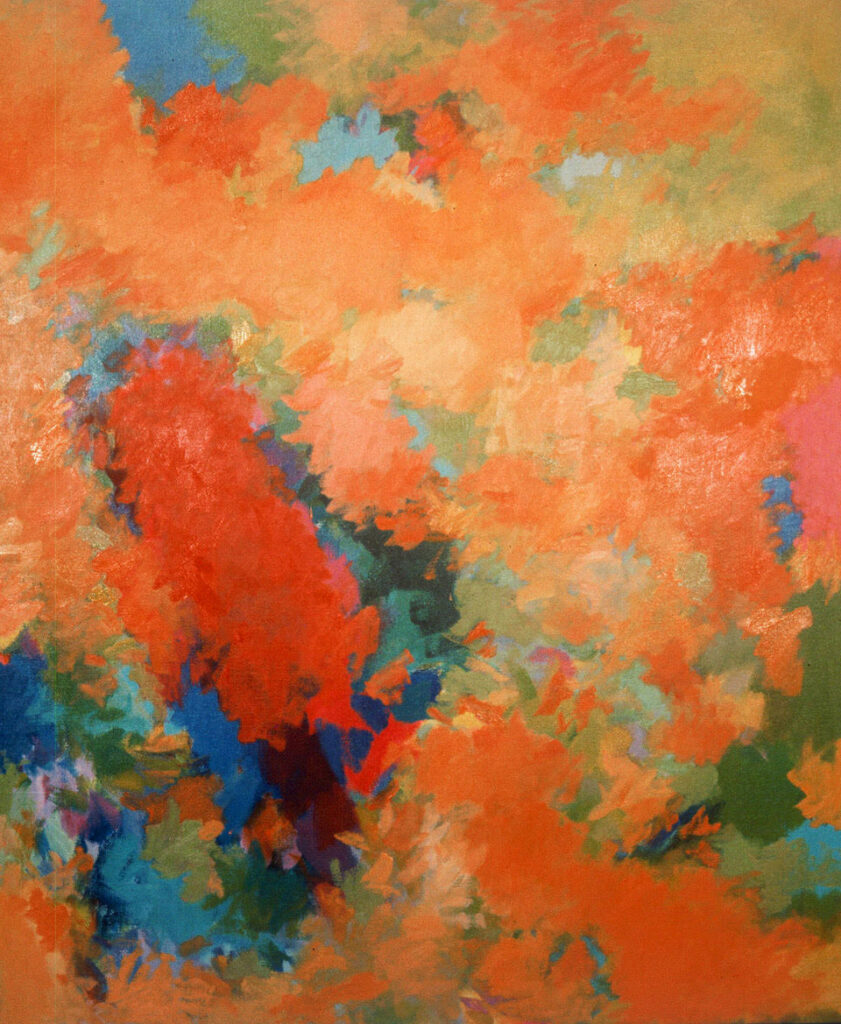 This commission, by the Melbourne Metro Tramways Board and the Victorian Ministry of the Arts, was perhaps one of the last lyrical abstractionist works that I did, before abandoning that idea in favour of a new challenge.