This series was based on Nicholas Poussin’s painting, “The Adoration of the Shepherds” 1637. The works that I did were not ‘quotations’ but rather, investigations of that painting searching out the formal and abstract elements as a renegotiation of the composition.Some 100 or so works, (oils on canvases, acrylics on paper and drawings) were the the result of
this exercise.

Taking the work of a major famous artist of the past is not a new idea.
lt’s one that many art school teachers and artists over the centuries have given to their students and themselves. Picasso did many variations on Velasquez’s painting,’Las Meninas’ and Delacroix’s painting, ‘Women of Algiers’, to name one artist of the recent past. But there are countless others who have given serious attention to this genre of picture making. The image is the point of departure and in my case, Poussin’s painting provided a means to embark on a journey exploring ‘painting’. I saw it as an element that could be reinvented, probed and expanded to seek out emotional and subconscious elements, that really had not a lot to do with the religious depiction by Poussin, but more a means to develop my personal painting language.

The interrelated parts of that classic painting were something that I could work against! My ‘variations on the theme’, began somewhat colourfully and then became more tonal as I developed my personal painterly language rhythmically and energetically ,with an element of ‘speed of execution’ and directness.These works emphasised the structured forms that I saw in Poussin’s painting, ‘in parallel’ to the experience of looking at the reproduction that I have of the work. 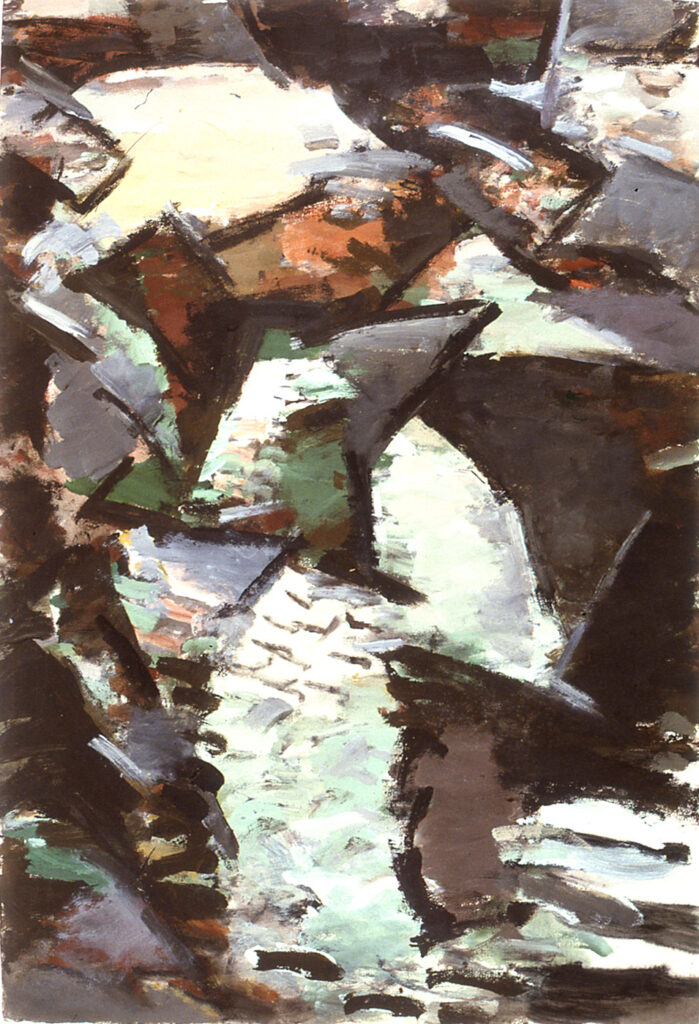 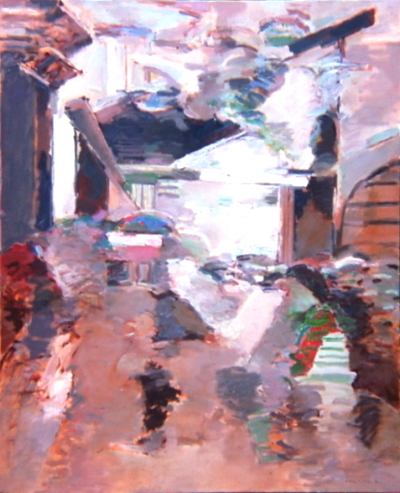 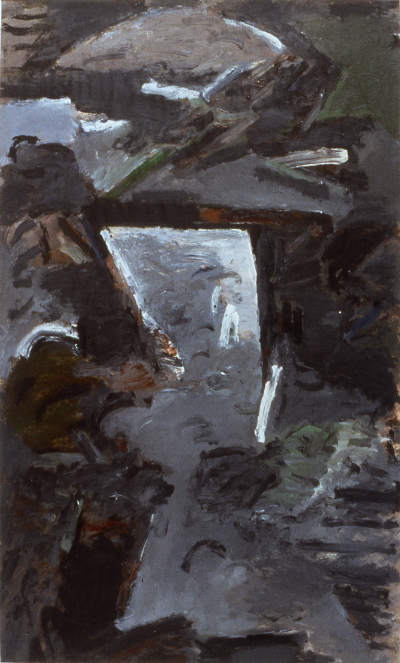 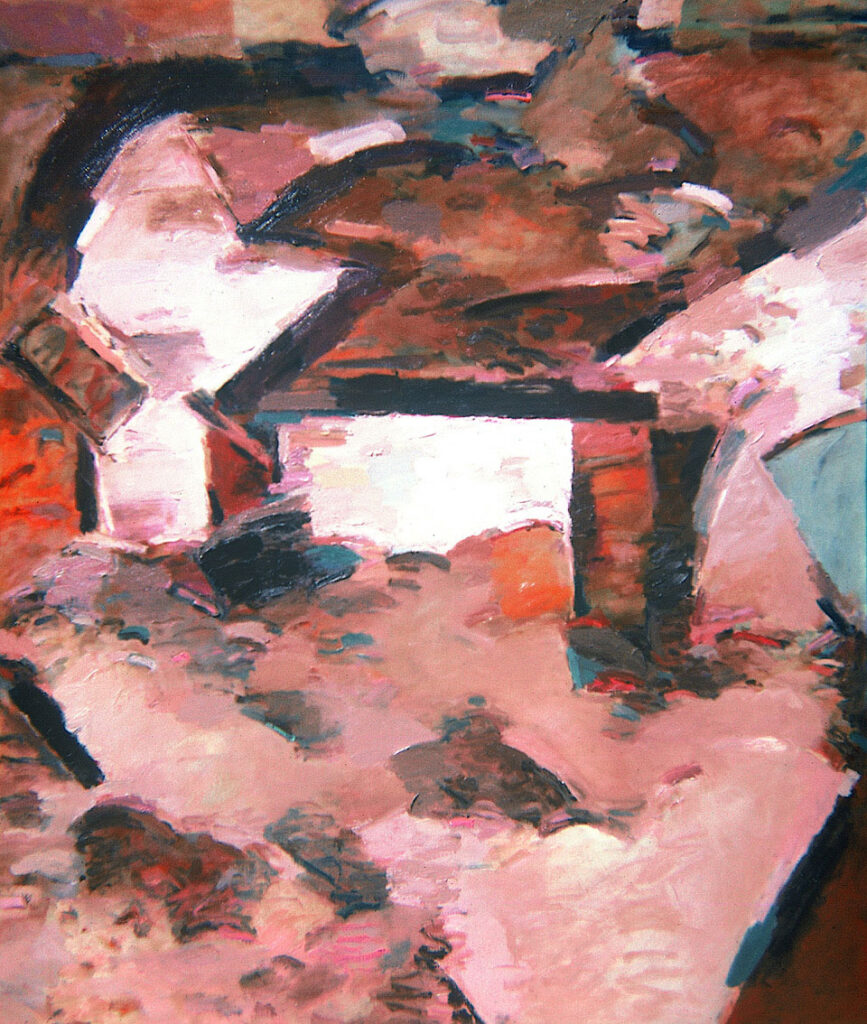 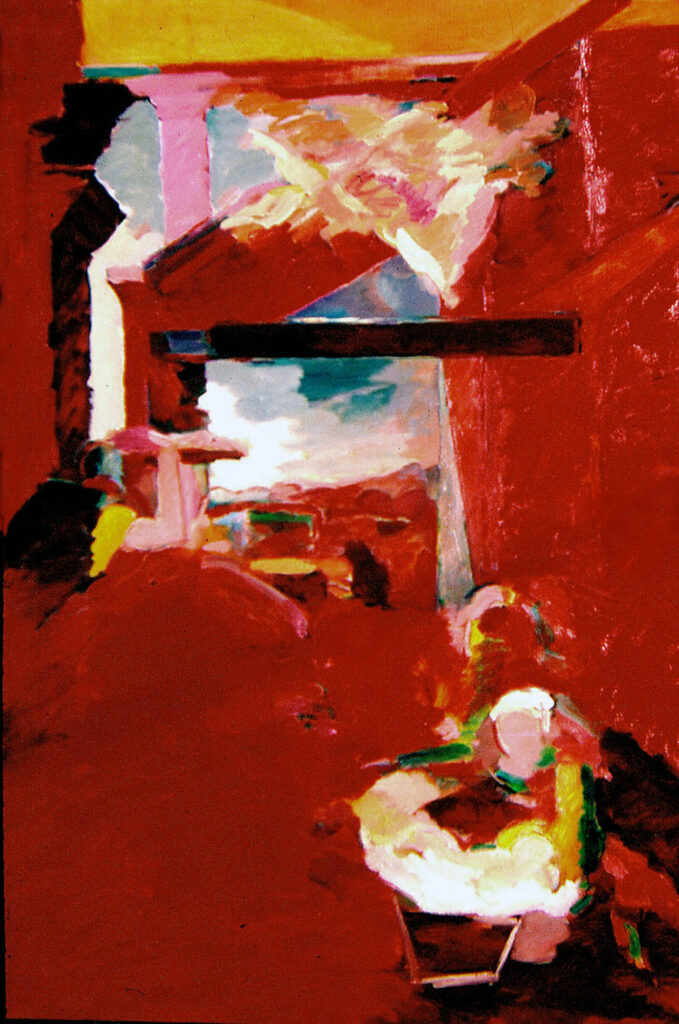 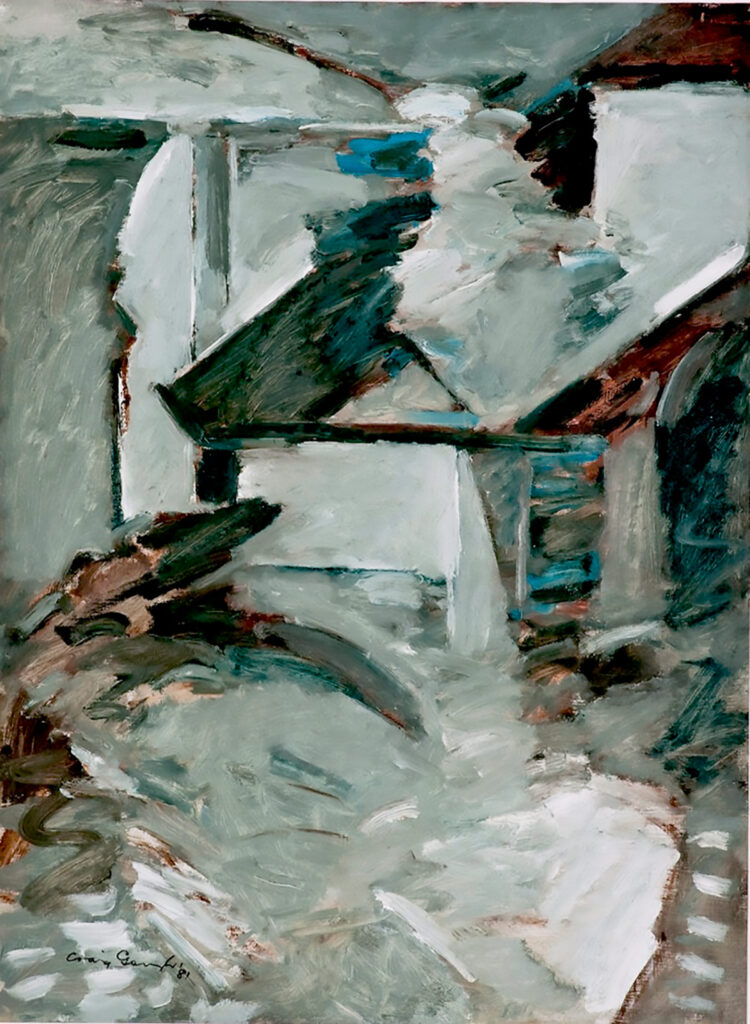 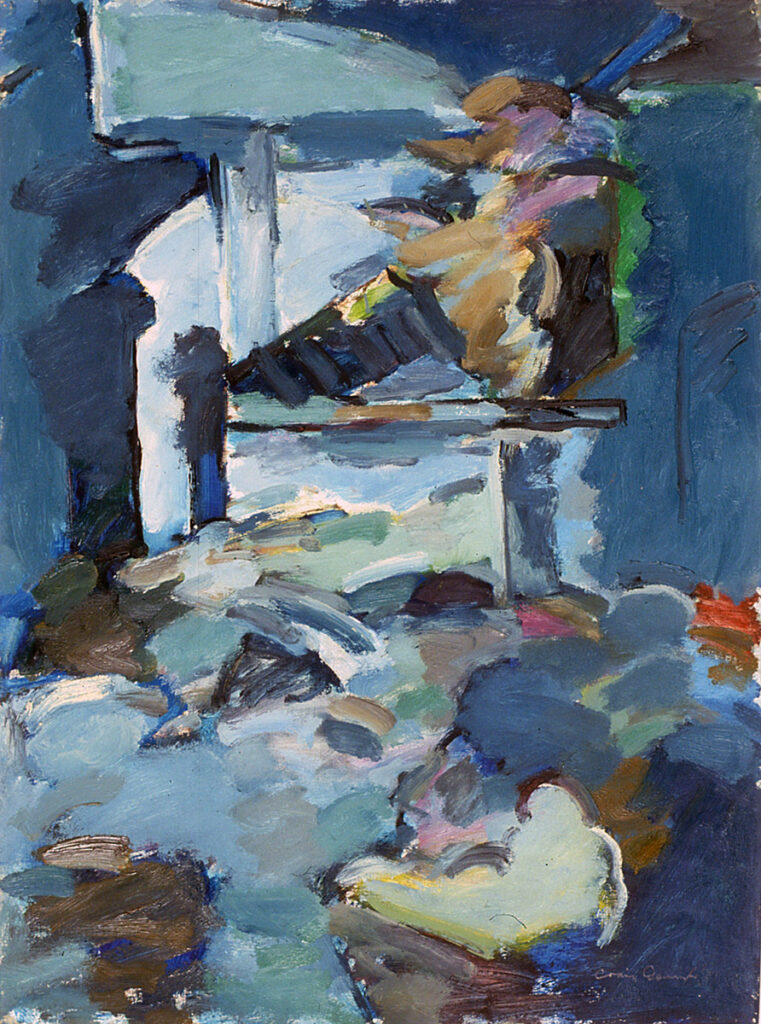 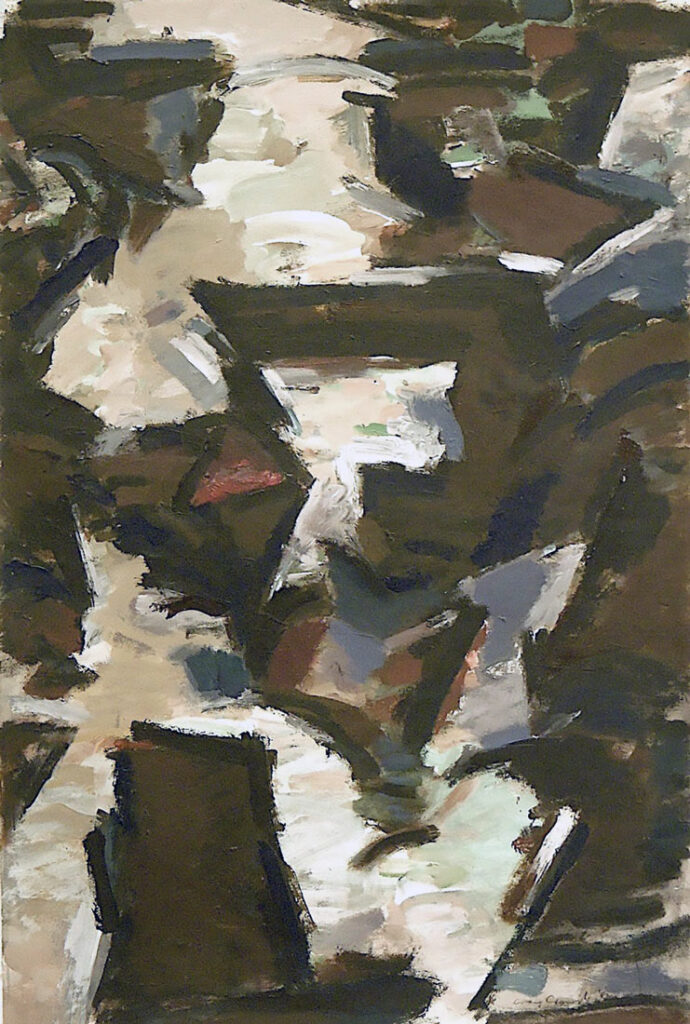 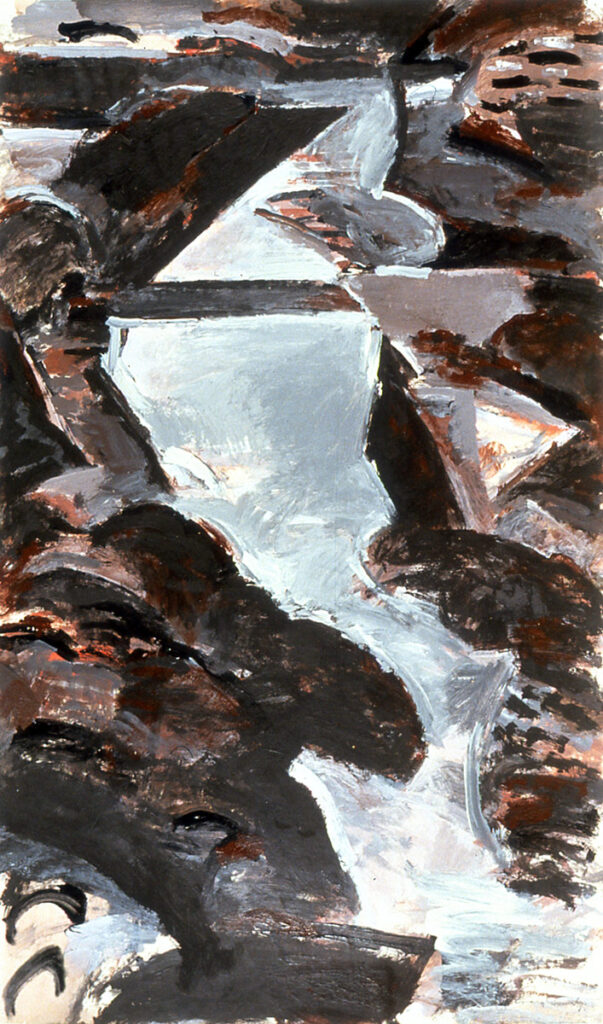 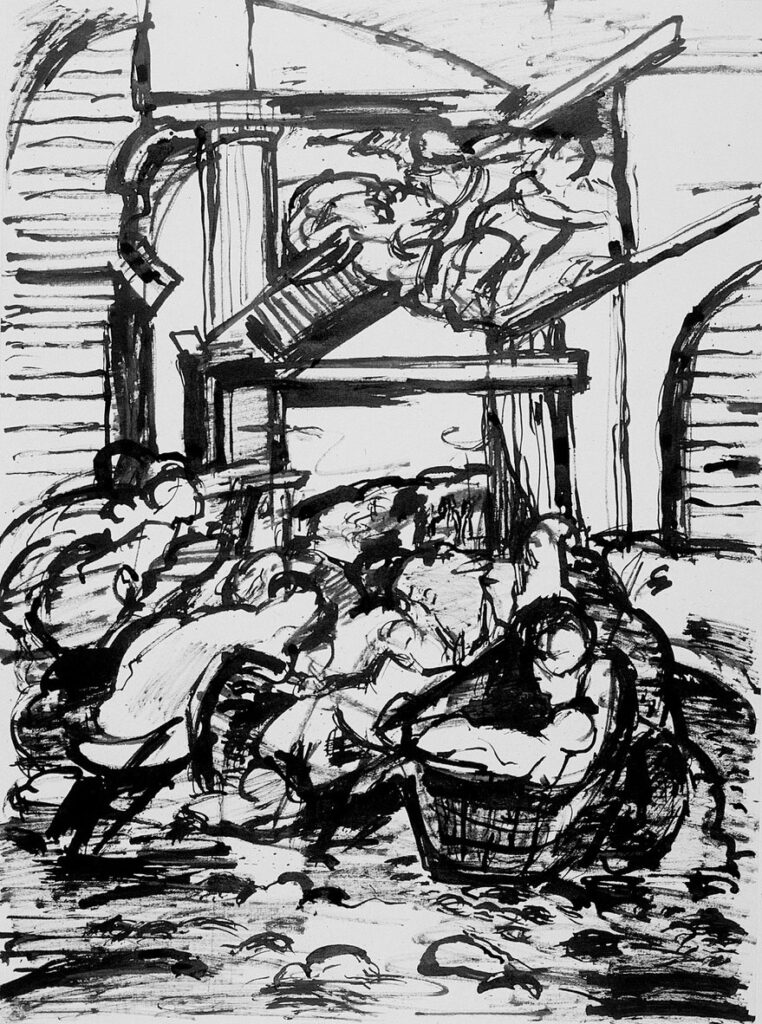 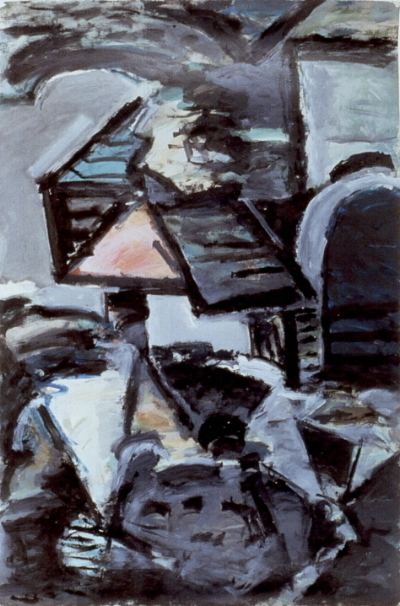 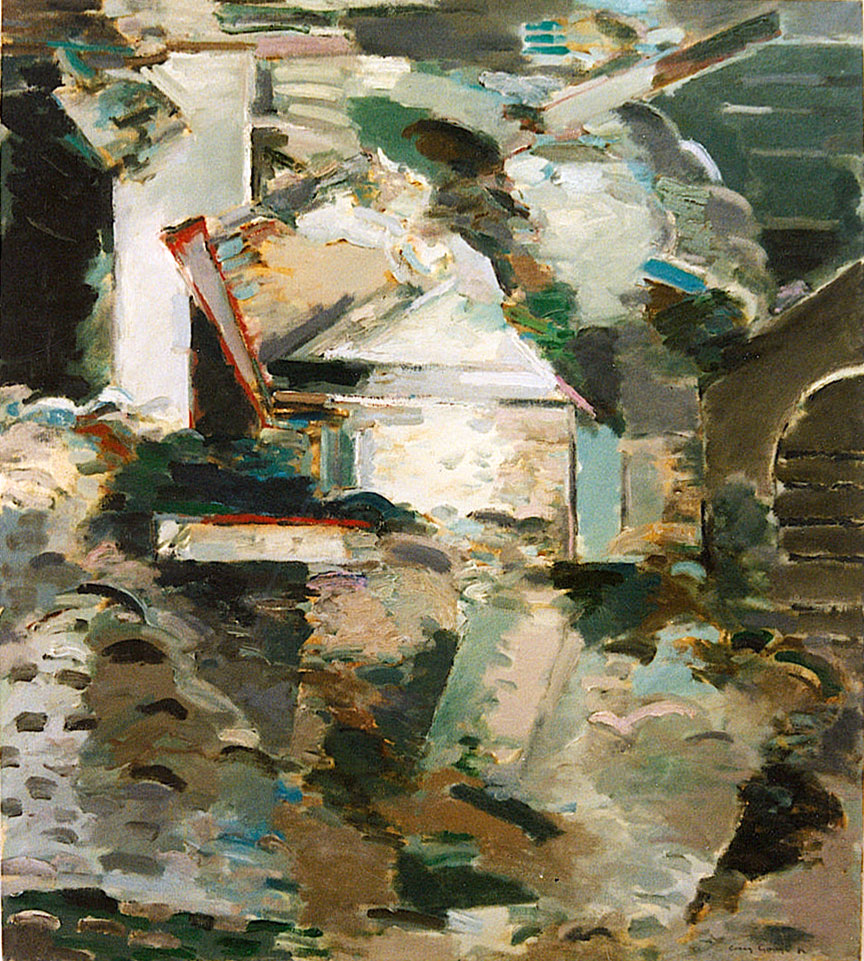 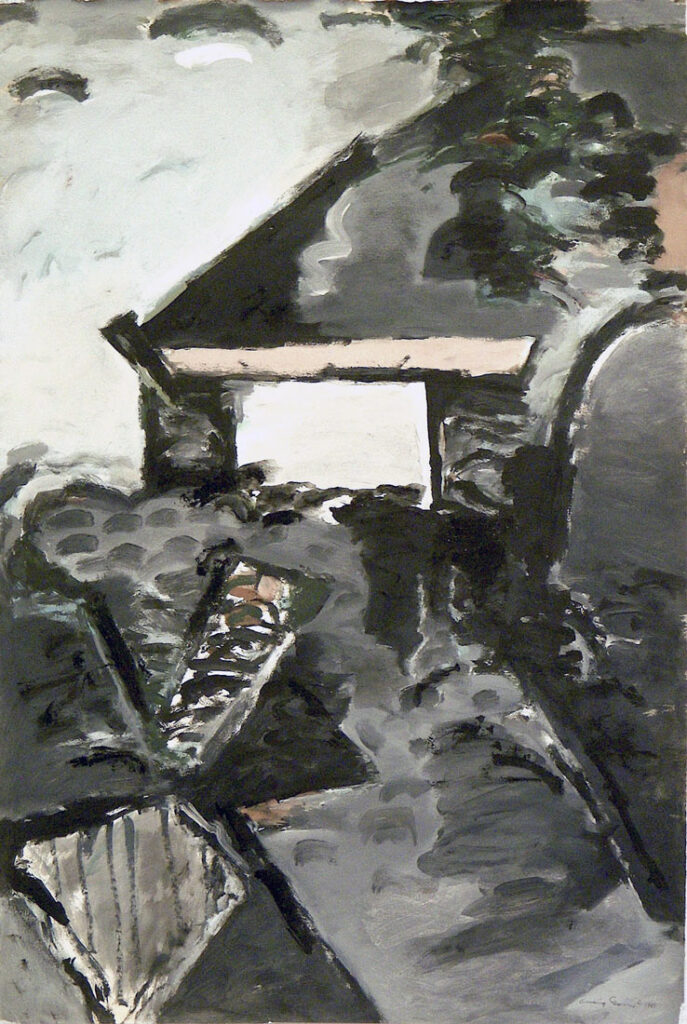 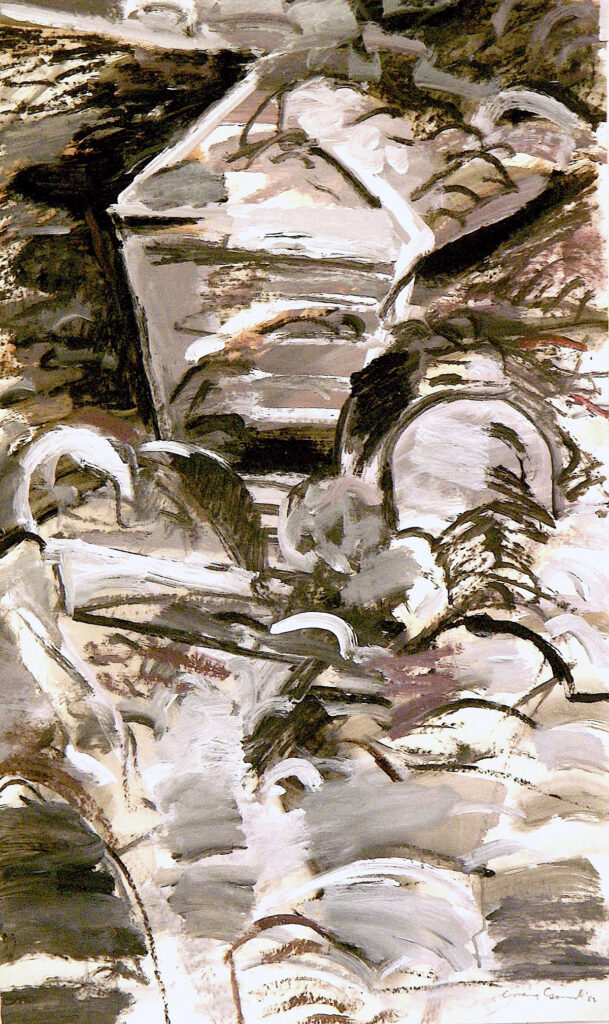 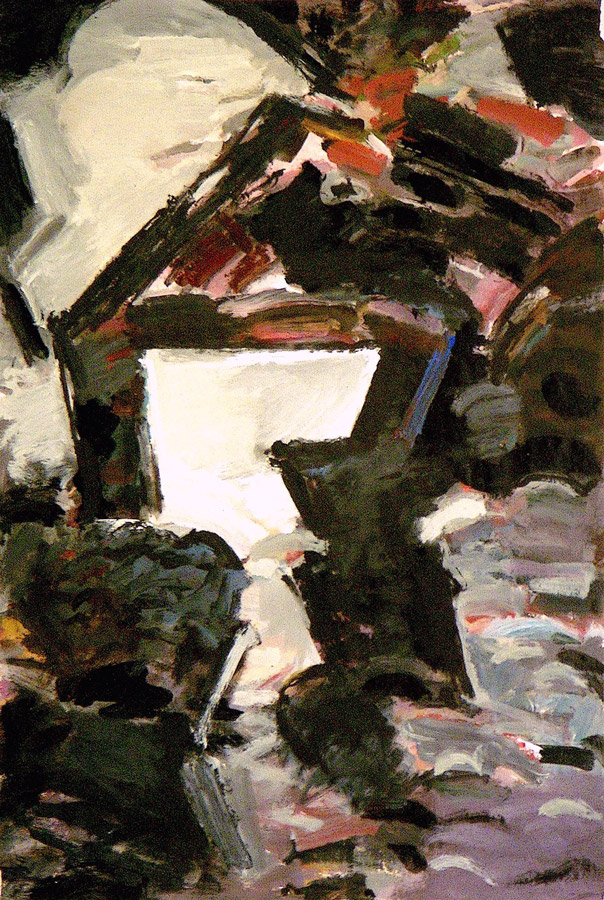 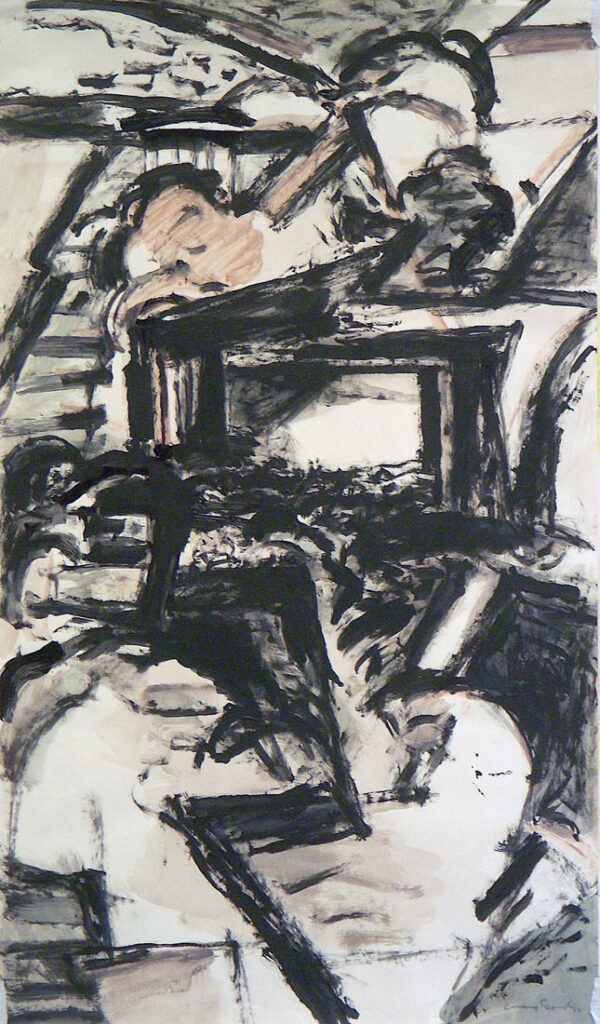 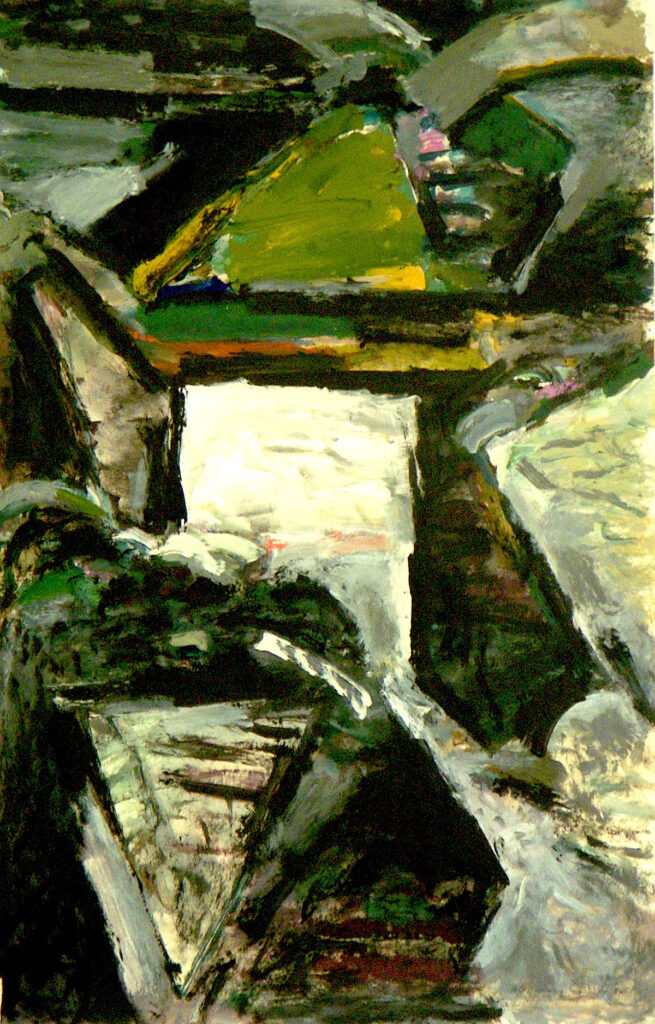 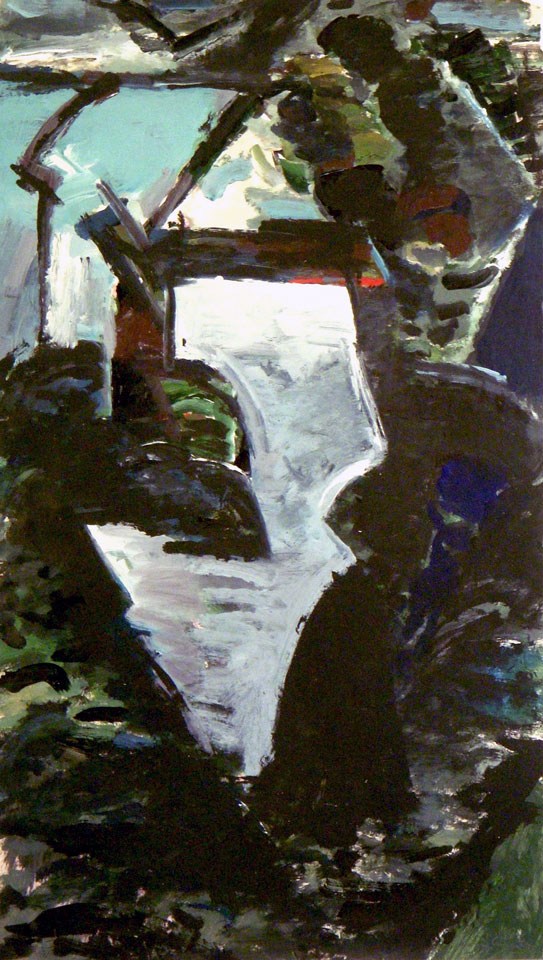 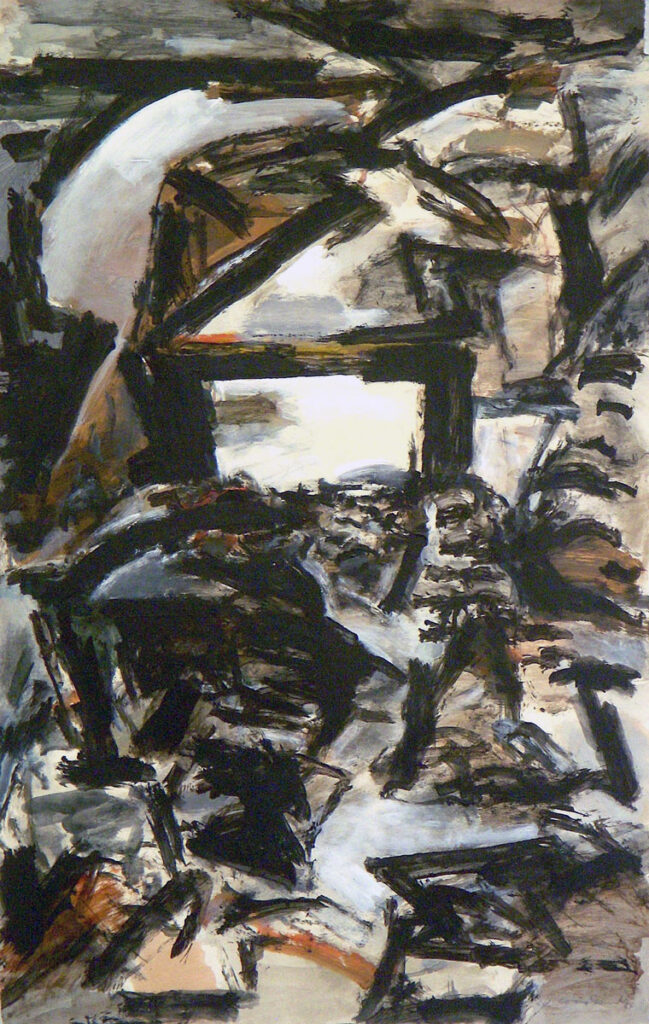