This group of works began initially around the middle of 1986 and has continued at various times right up to the present.
With the Yarra River, Princes Bridge, Flinders Railway Station, the Concert Hall and the Arts Centre, there has been much to occupy my desire to continually make an iconic statement about Melbourne.
My main area of focus has been Princes Bridge and north and south of the river. Generally I have tended to see this subject in the ‘big view’, rather than more intimate spaces that I could have depicted. 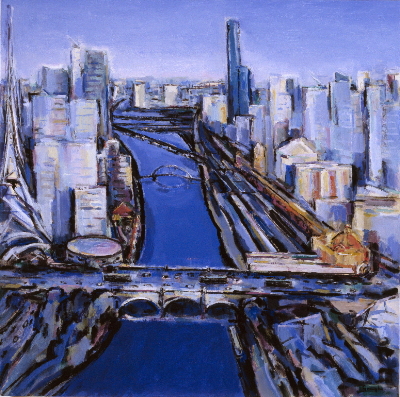 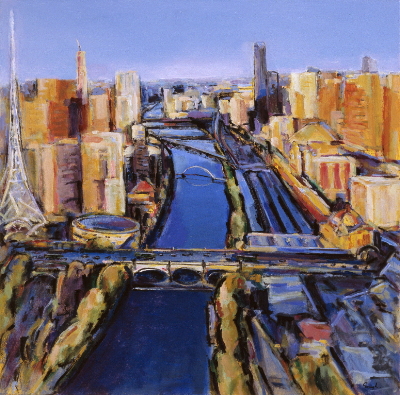 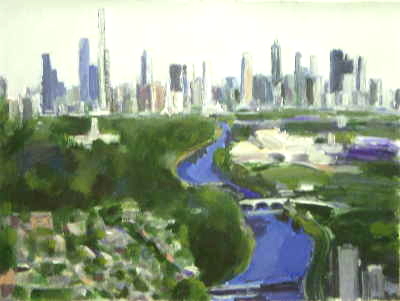 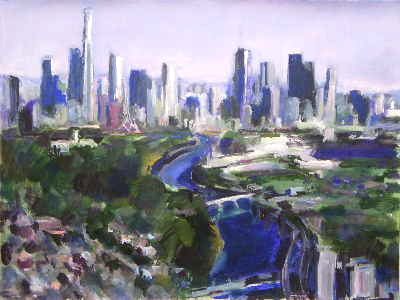 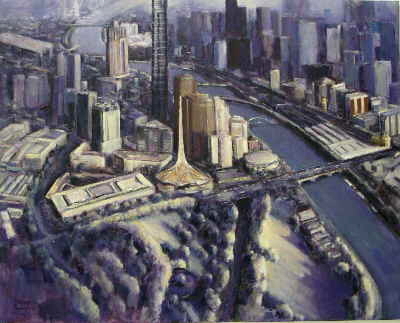 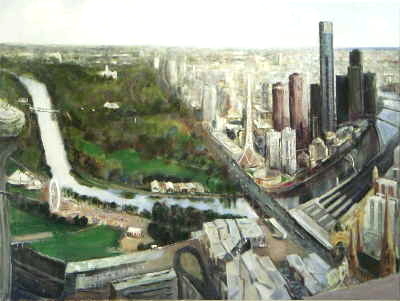 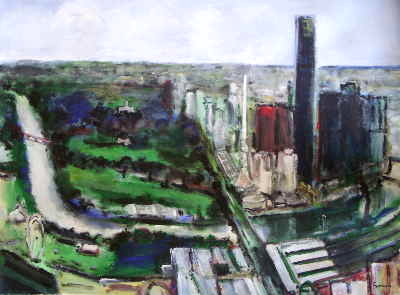 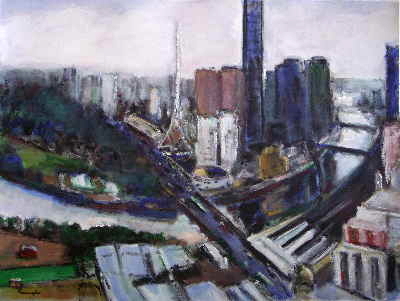 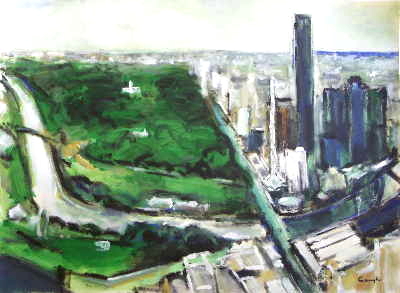 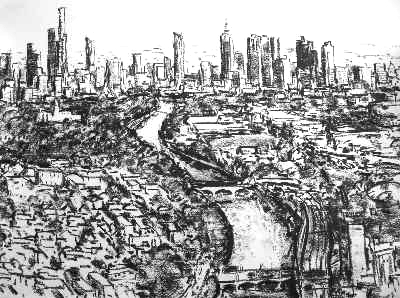