Subject matter is the point of departure. It is the initial inspiration and recognition of its possibility for painting; an element that is formally expanded upon and reinvented to probe its emotional and subconscious aspects. By emancipating the ‘idea’ from the image, I can give a formal and gestural expansion of one part as it relates to another.
The inter-relatlonship of the ‘parts’ is the most important aspect; Hans Hofmann referred to it as ‘push and pull’.

Even fleeting forms can tend to assume a monumental structure. In the re-formulation of the idea, my desire is to capture the fragility of the instant and make it structurally immutable. By probing the subconscious as well as the visual, I hope to arrive at a synthesis of the two elements in a composition, which is clearly ordered but maintains a degree of exhilaration and liveliness. It is both felt and delineated. My personal
language of rhythm, energy and painterliness, where speed and directness is important, are adapted into structured form ‘in parallel’ to the experience of the subject, This is first explored via many drawings of palm trees, Luna Park, The Esplanade and views of the bay with yachts and passing ships.

I’ve always tended to work around ideas that have been generated from ‘themes’ or locations. Works in this Series have a deliberate reduction in colour with an emphasis on drawing and linear structure, as a multifaceted viewpoint. In addition. I work mainly in acrylics on canvas (as well as large sheets of paper). Paper gives me a greater freedom. After having pinned it to my studio wall, I can commence work immediately without the need to spend very large amounts of time preparing like one does when working on canvas. It removes the ‘preciousness’ from the work; “I’d better do a good one now that I’ve spent all this time getting it ready”. Good ones don’t happen all the time – if at all, but one keeps painting in the hope that the next one will be one of those. 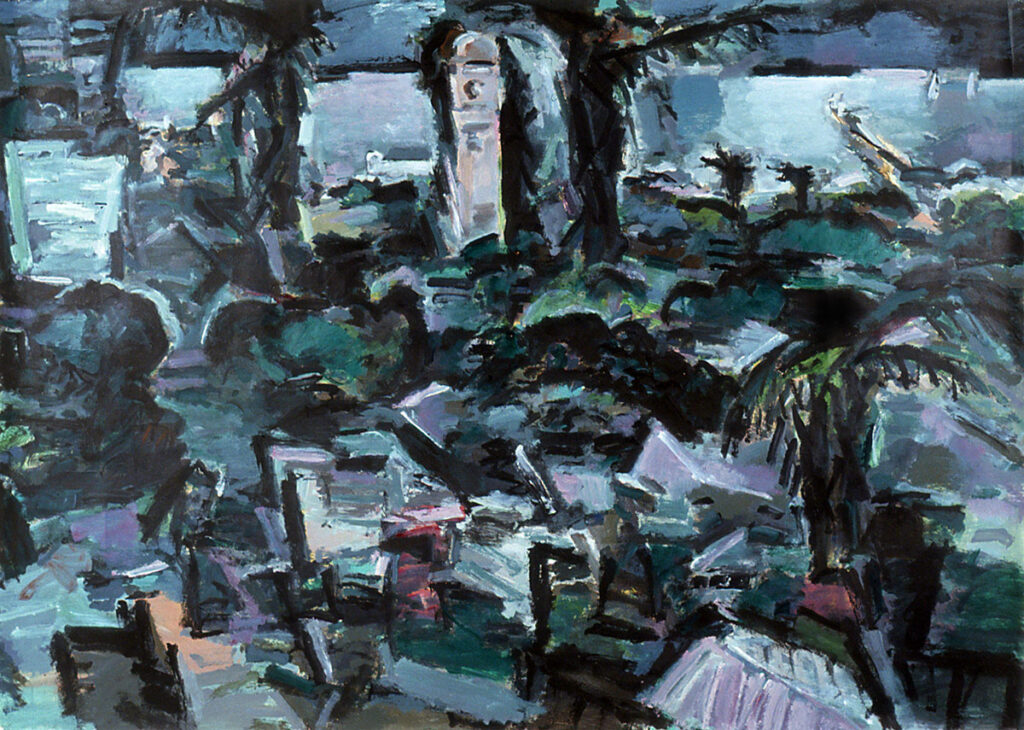 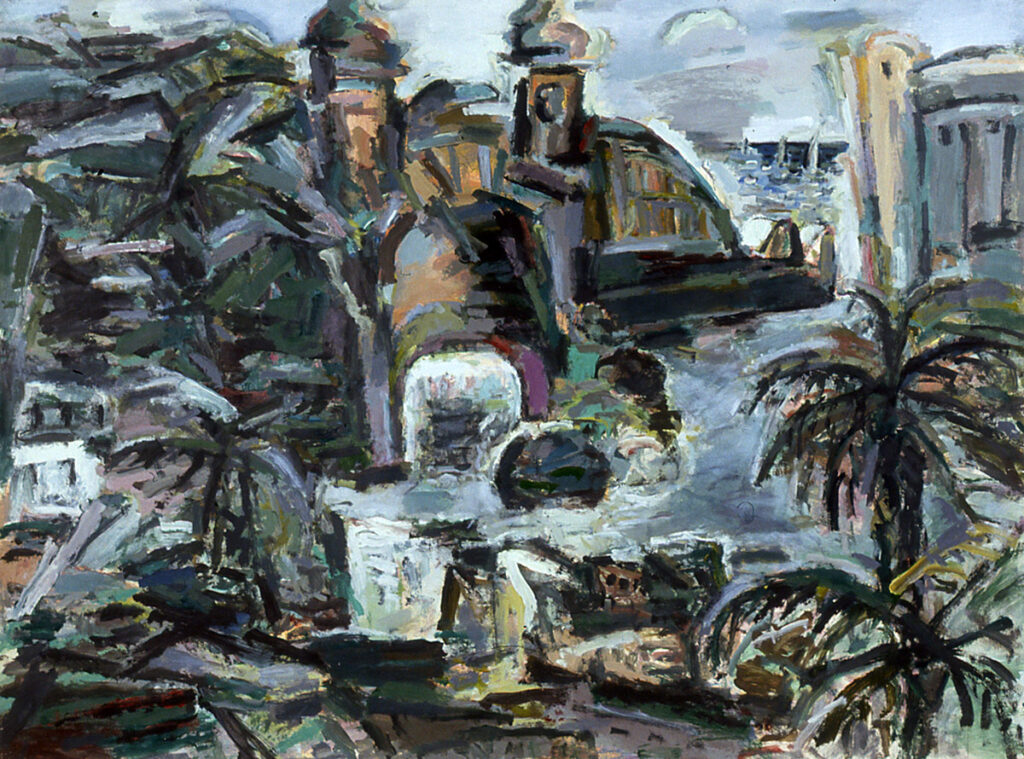 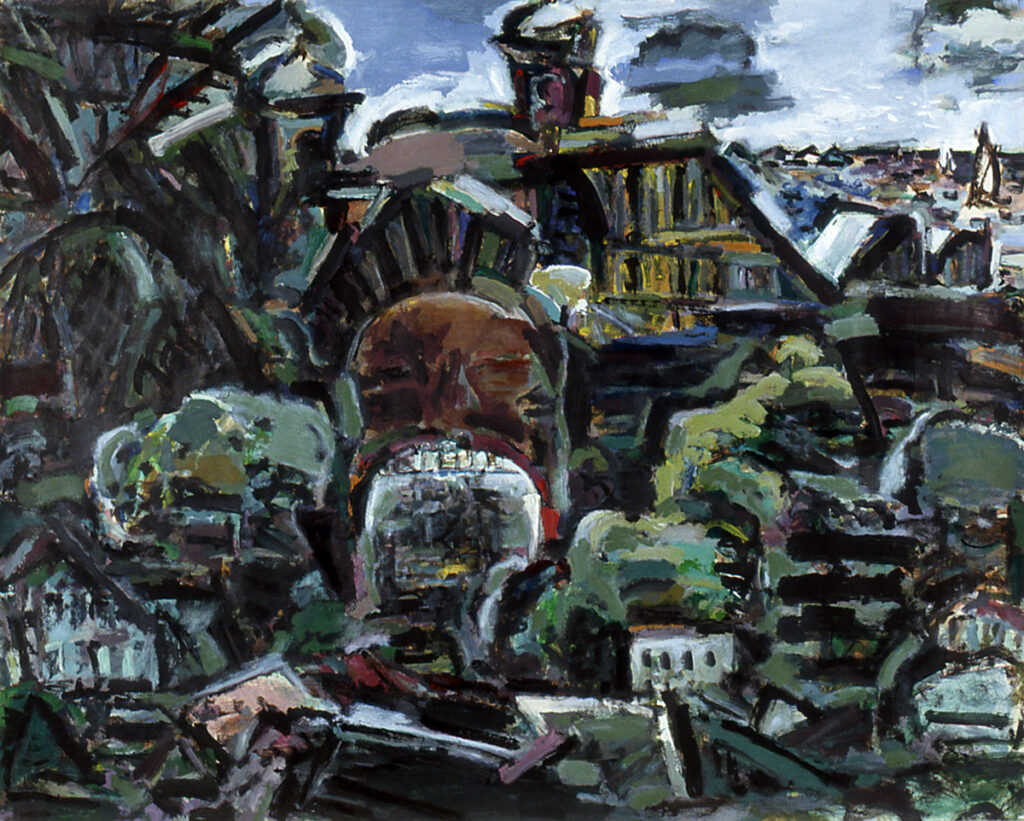 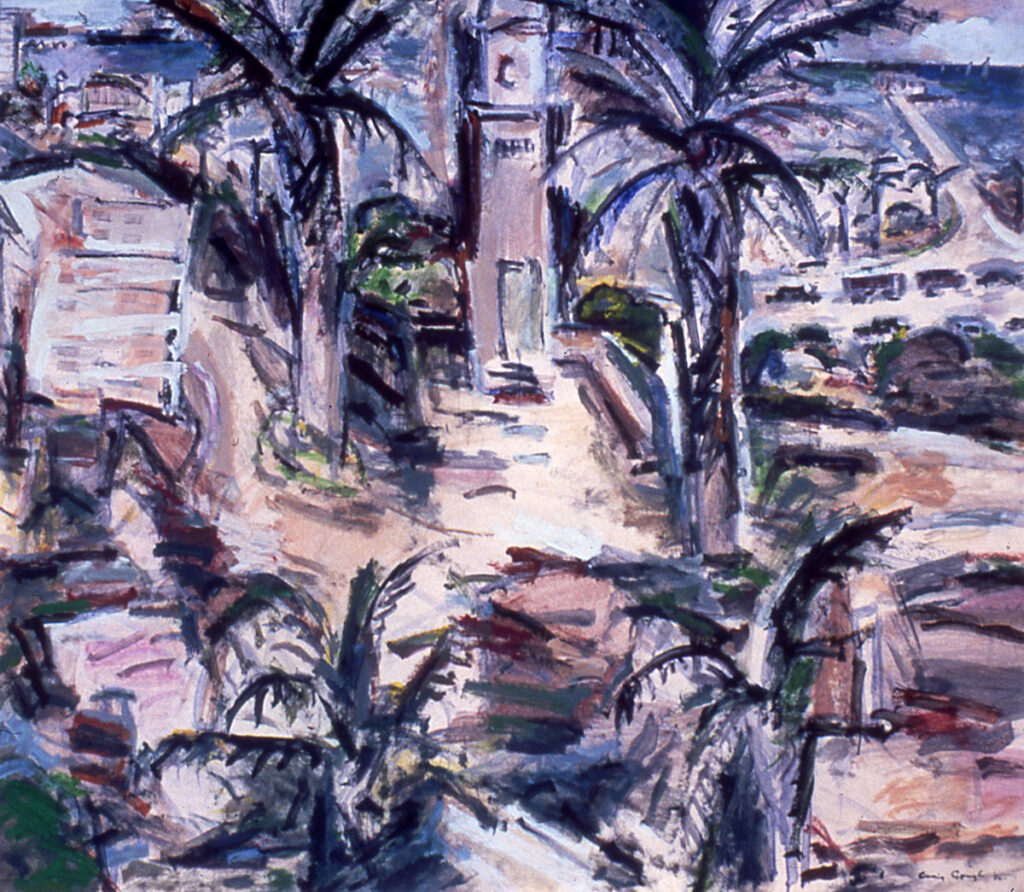 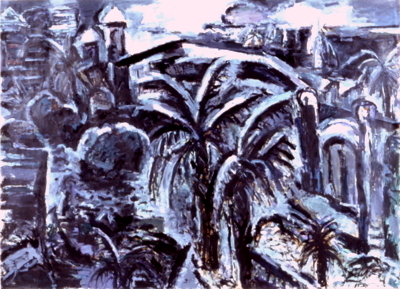 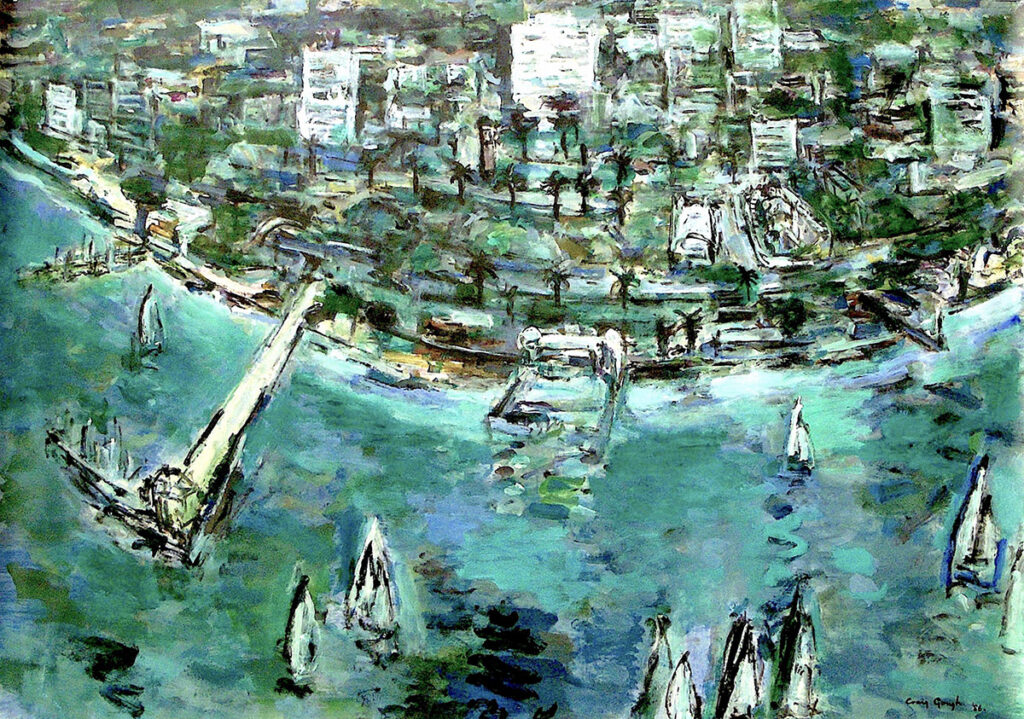 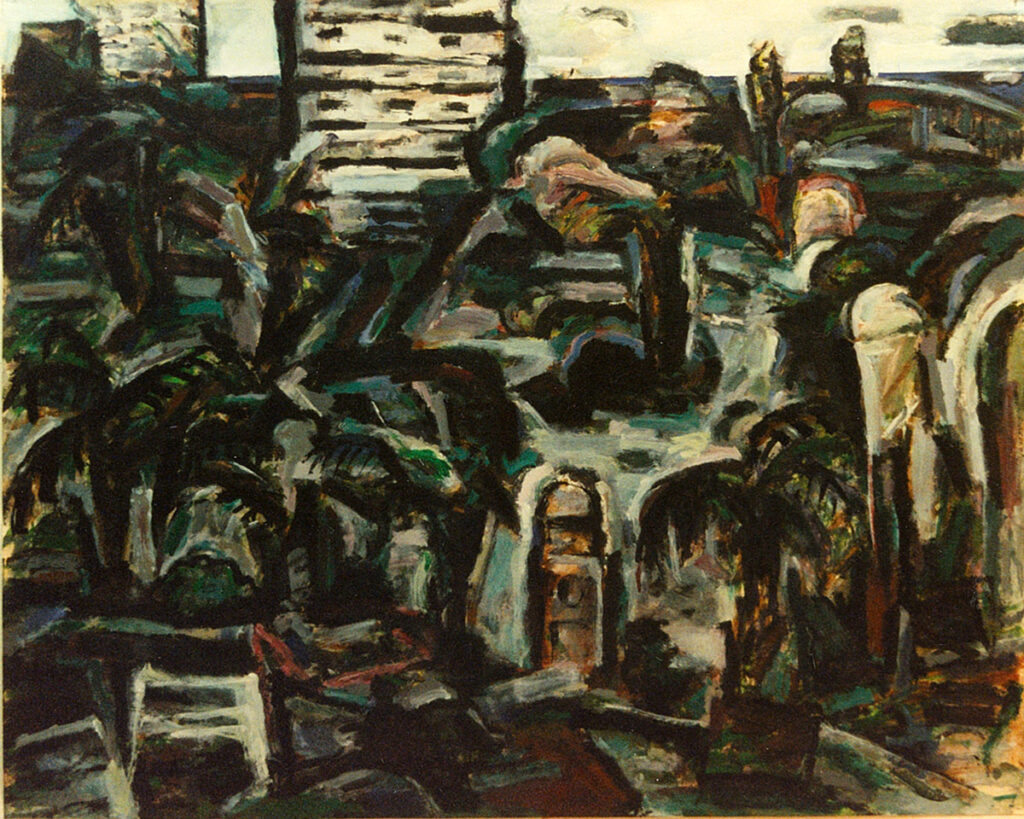 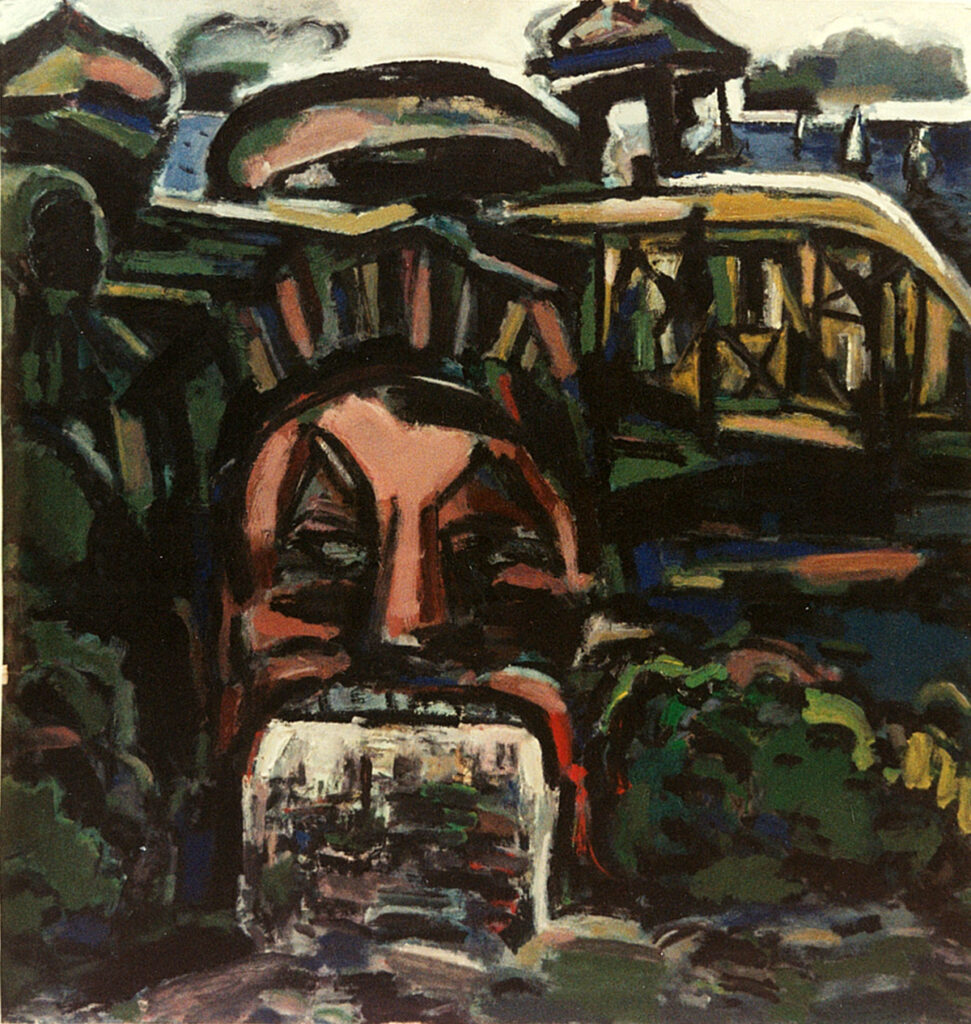 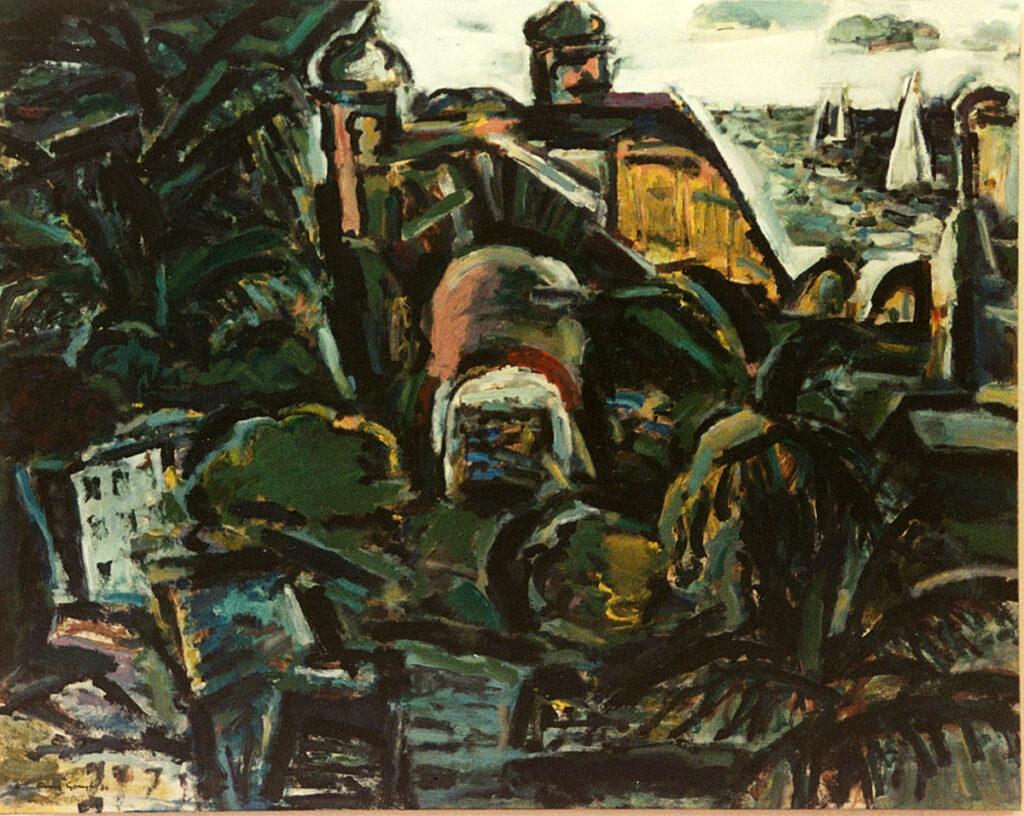 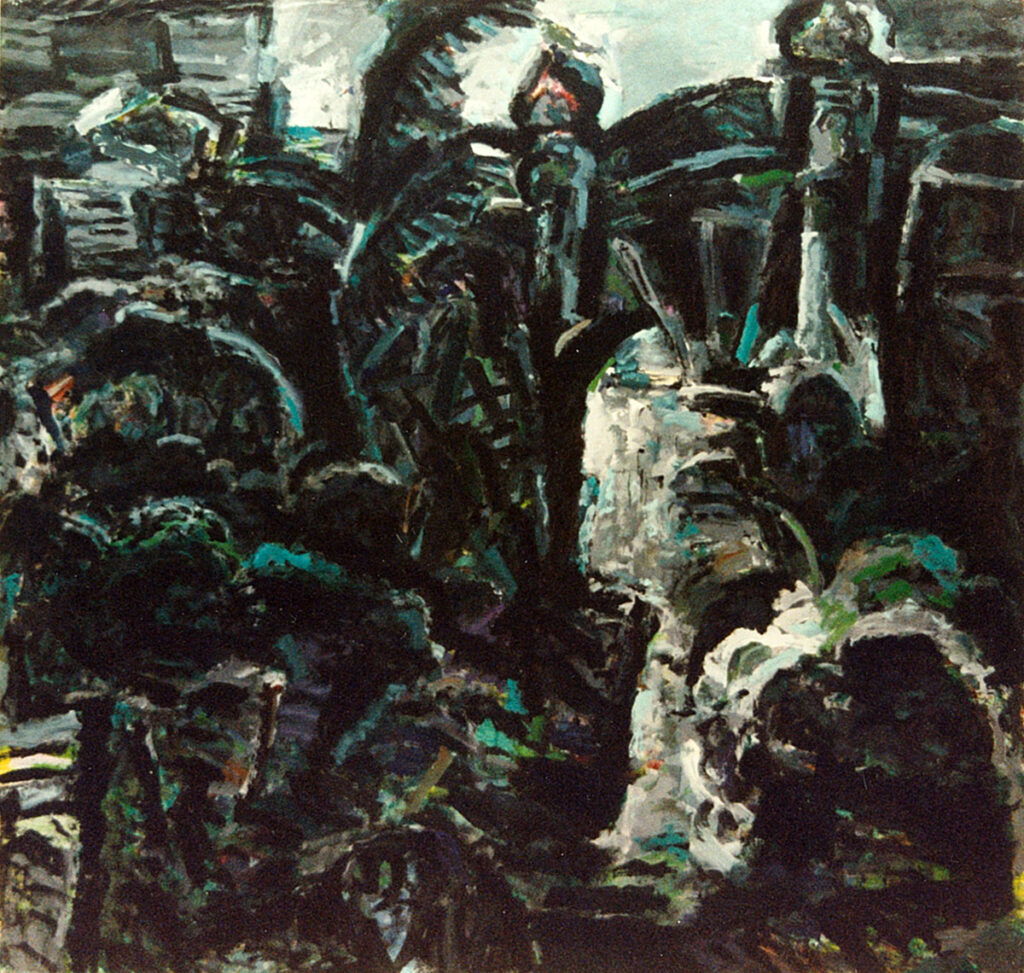 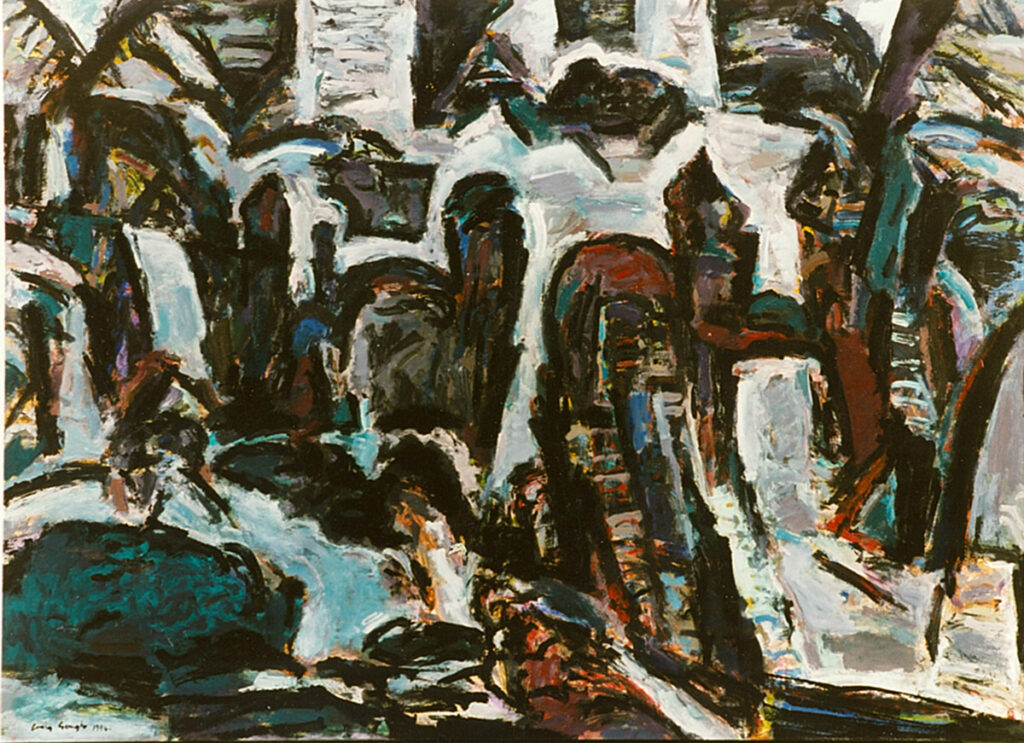 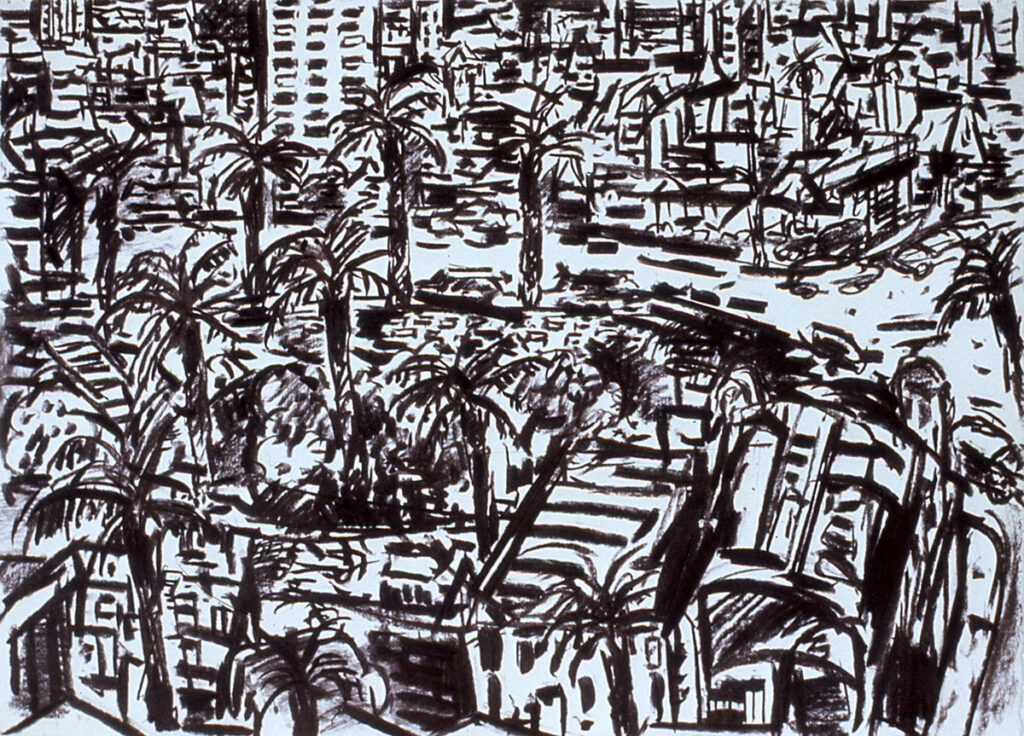 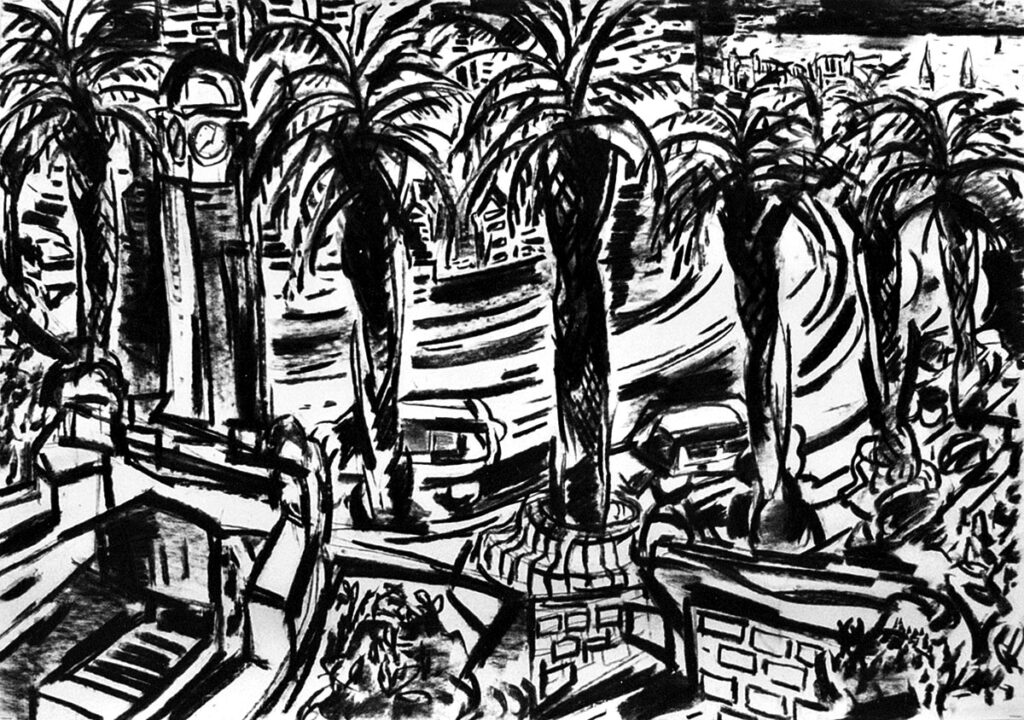 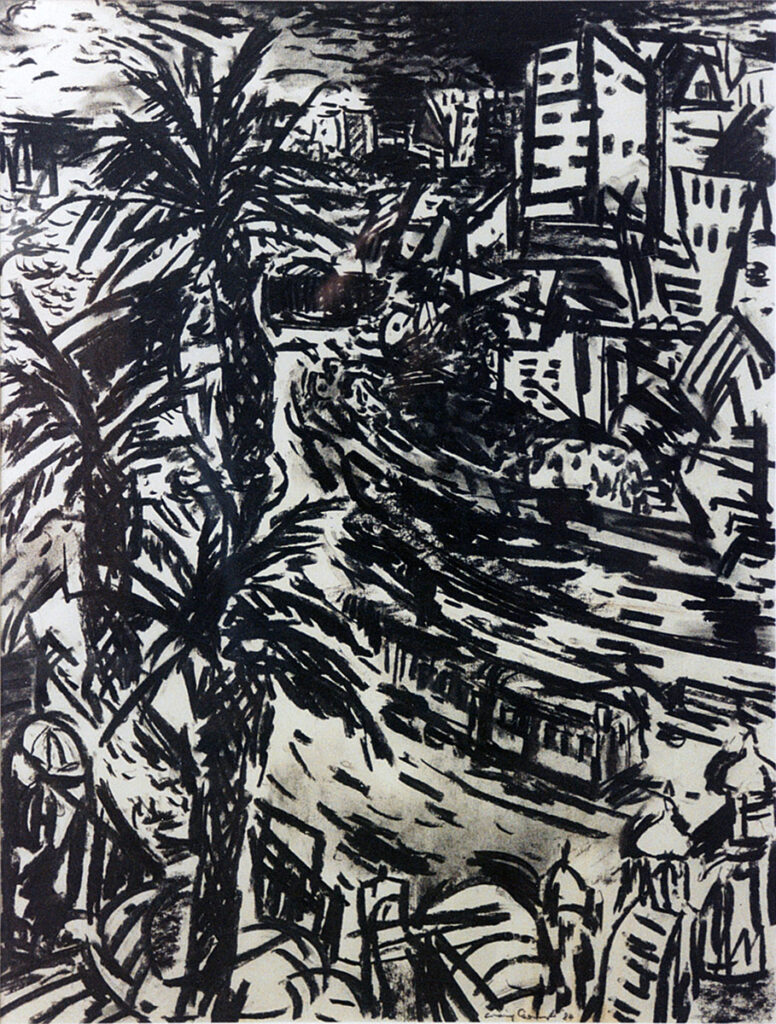 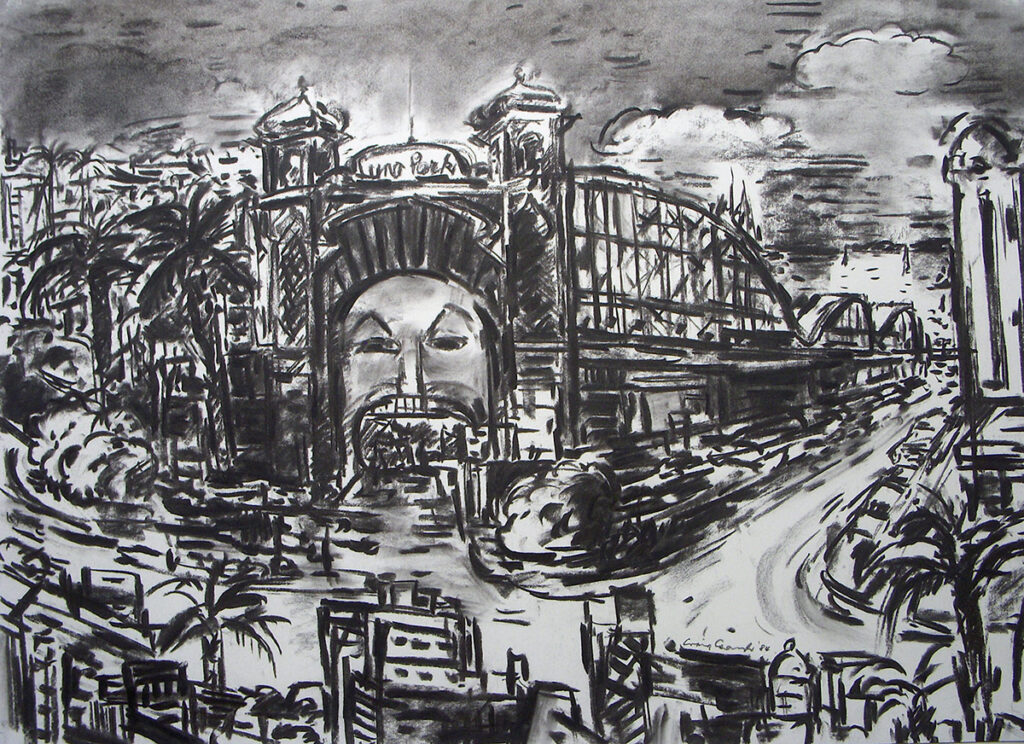 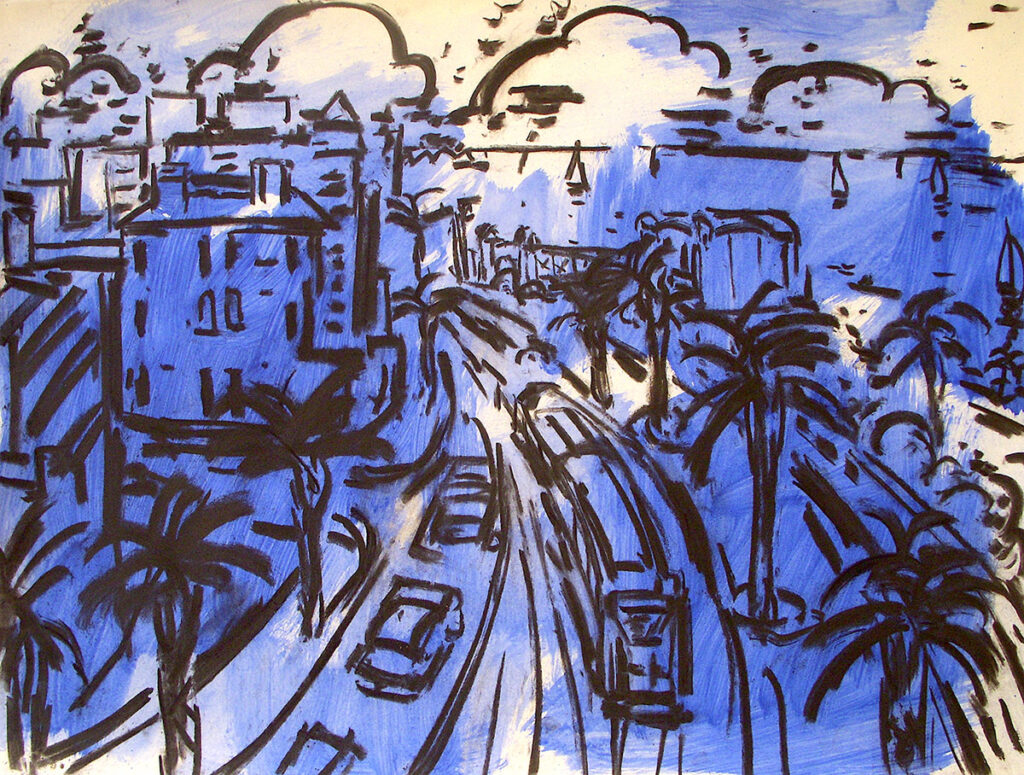 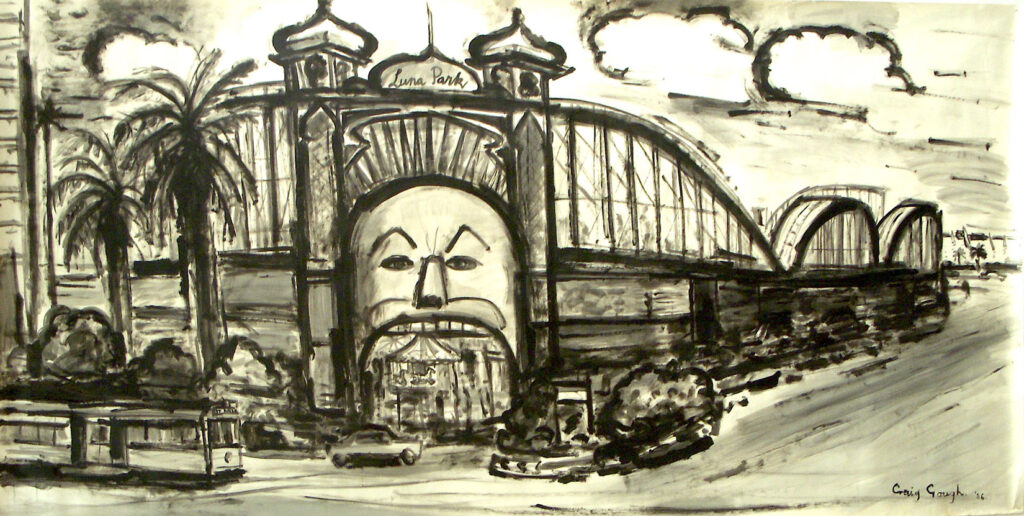 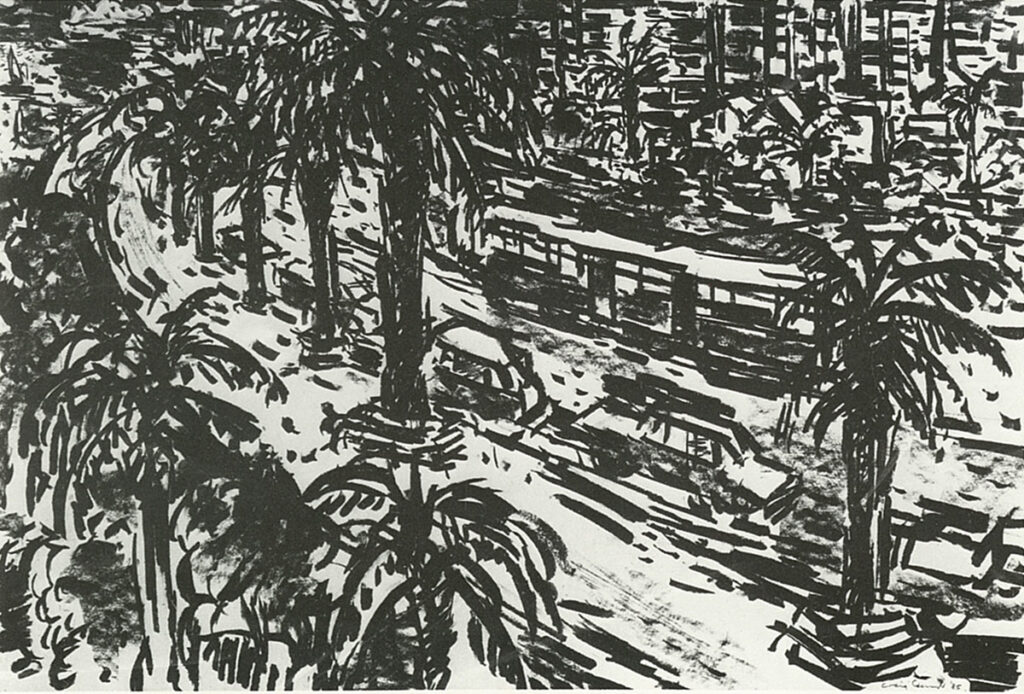 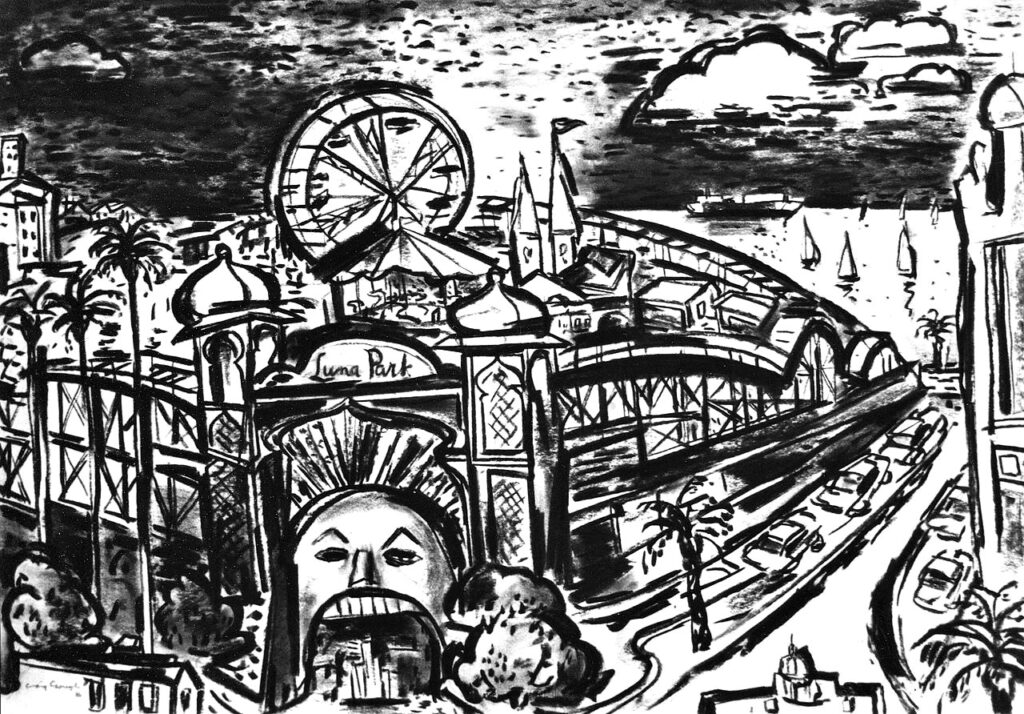